Our day started with an early morning to explore Lima Center before out flight to Cusco. We decided to do the cheapest route and take a bus, which was definitely an adventure in itself. Our first bus was basically a minivan with more seats and they stuffed soooooo many people in it. Thankfully, the guy collecting money let us know when we should get off so we made it without any issues.

We explored the area for about two hours. Mostly saw a bunch of churches and then what appeared to be a parliament type building (there was a changing of the guards at one point).

We got lunch at a random restaurant near the Plaza. We were the only people there (since it was like 10:30am when we decided to eat lunch) and we ended up talking to our waiter for a really long time. Overall, great food and tried the Pisco Sour!

We also stopped at a chocolate factory before heading back and I found my life’s slogan:

Getting the bus back to our hostel was a little more difficult, but thankfully we had a map of where exactly we wanted to go so we just kept showing people the map until someone pointed us to the right bus. Then a nice man on the bus who spoke a little English explained where we needed to get off and made sure a few other people knew too. Overall, had great experiences with everyone we met!

Angelina in the bus

After our mini exploration of Lima we headed to the airport to go to Cusco! Cusco has an altitude of over 11,000ft but we have not experienced any side effects from that yet! We headed to the Plaza de Armas in Cusco and it was pretty beautiful with a few old churches and the mountains in the background.

For dinner we went to this adorable restaurant called Morena. Had some ceviche  (too spicy for me) and some chicken fried rice (called Auropuerto), which apparently is super popular. I’ve decided that Peruvian food is basically just Chinese food based on what I’ve eaten so far. 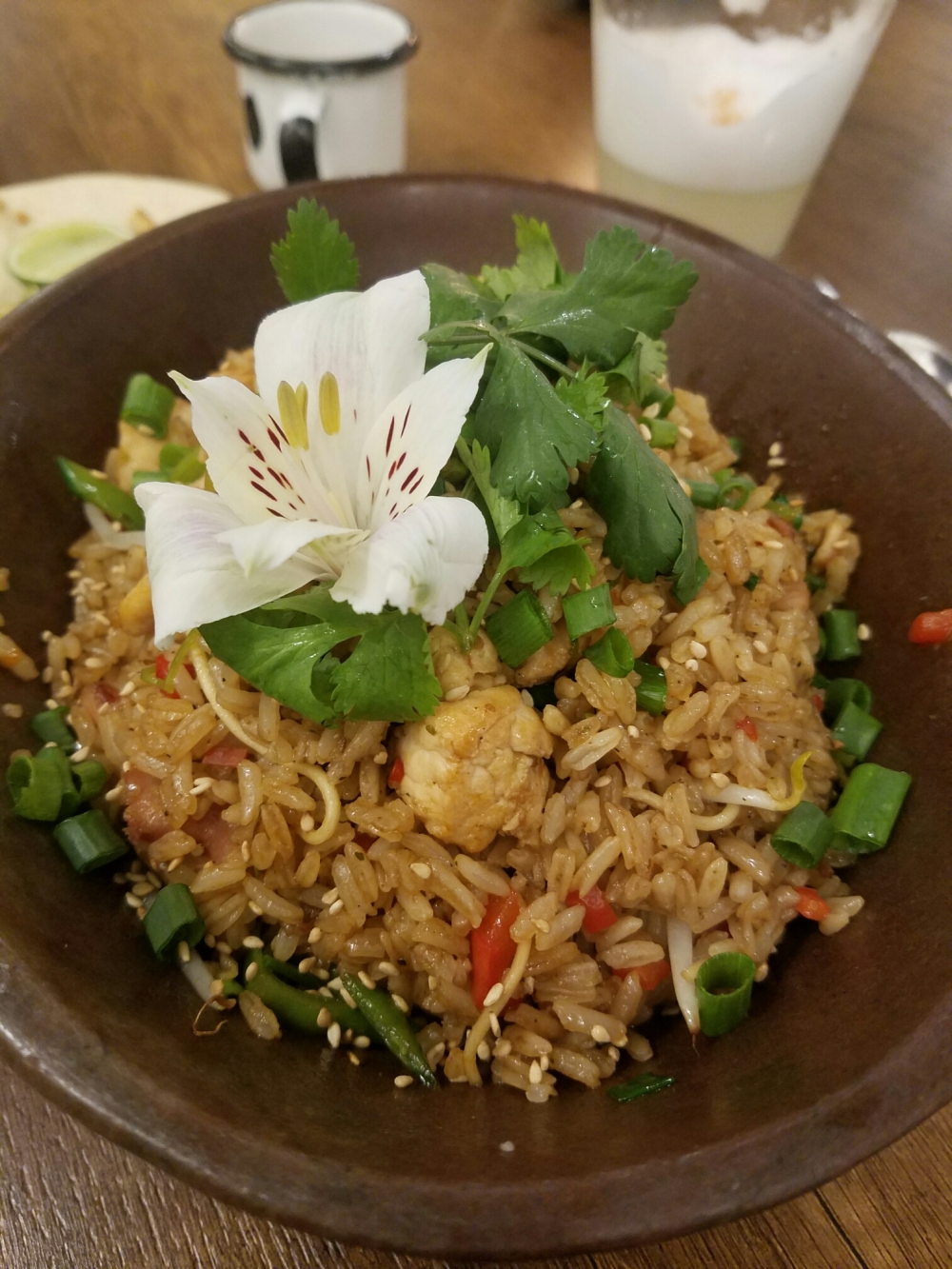