We made it!!! Days 1 and 2 merged together to create 48hrs of being awake (dozed a little on airplanes but that really doesn’t help once you’ve missed two full nights of sleep!)

Our first flight was to Taiwan- 16hrs. Longest flight I’ve ever taken for sure. One fun thing was we were on a hello kitty plane. Like no joke the outside of the plane was painted with hello kitty, our silverware was hello kitty, toilet paper had hello kitty pictures on it…. and on and on all over the plane.

Sam V excited for his hello kitty dinner on the plane 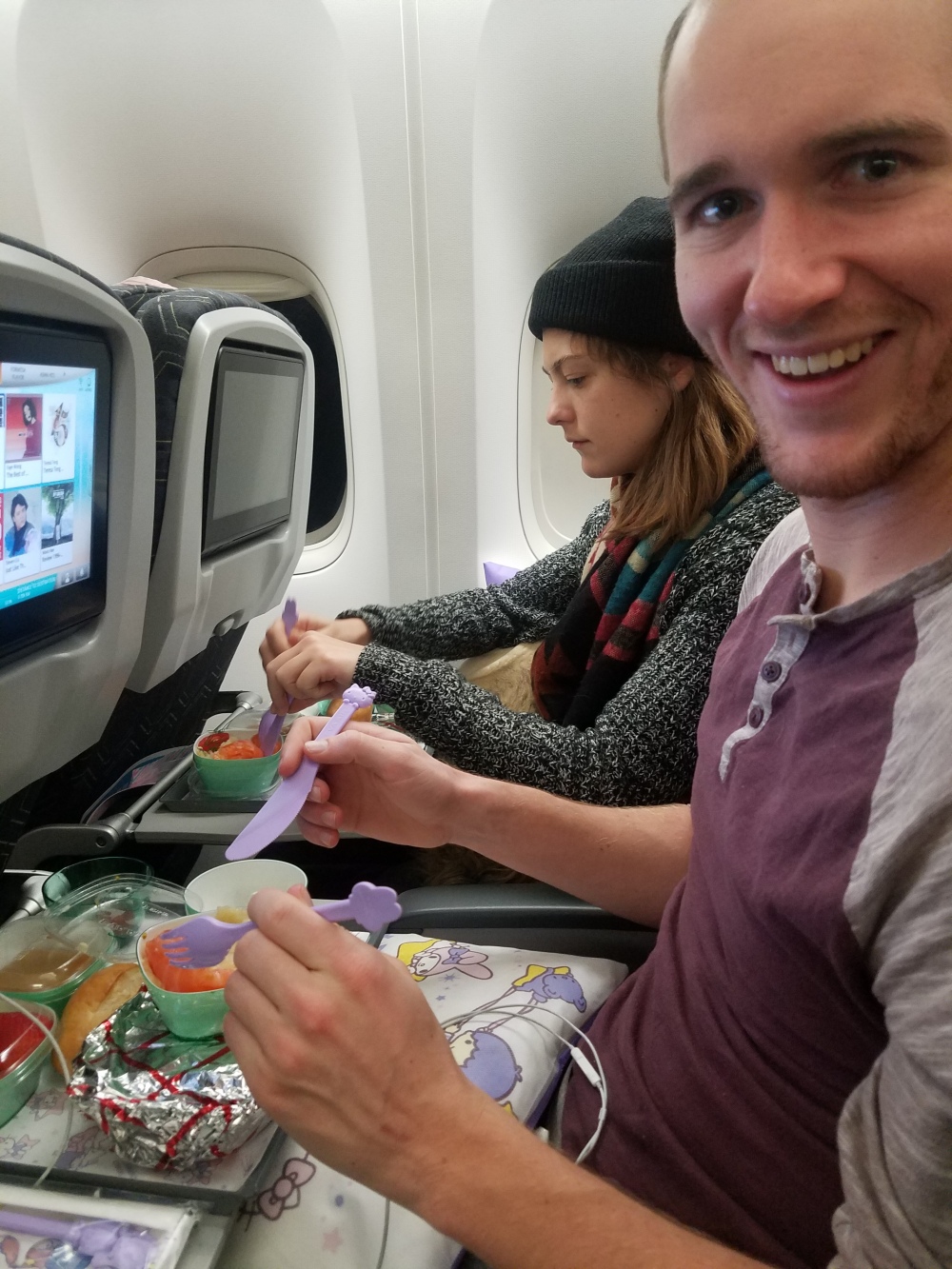 Quick shoutout to EVA Airways for having way more leg room than I ever expected and the nicest airplane bathrooms I’ve ever used.  They also had some good movie selections- I watched The Mountain Between Us and Stronger- both pretty good!

Once we finally got to Bangkok and through customs we made our way to our hostel and decided to go check out Wat Pho. It’s known for having the largest reclining Buddha in the world, which may not seem like a big deal but it was HUGEEEEE.

Random cemetery we walked through on the way to Wat Pho 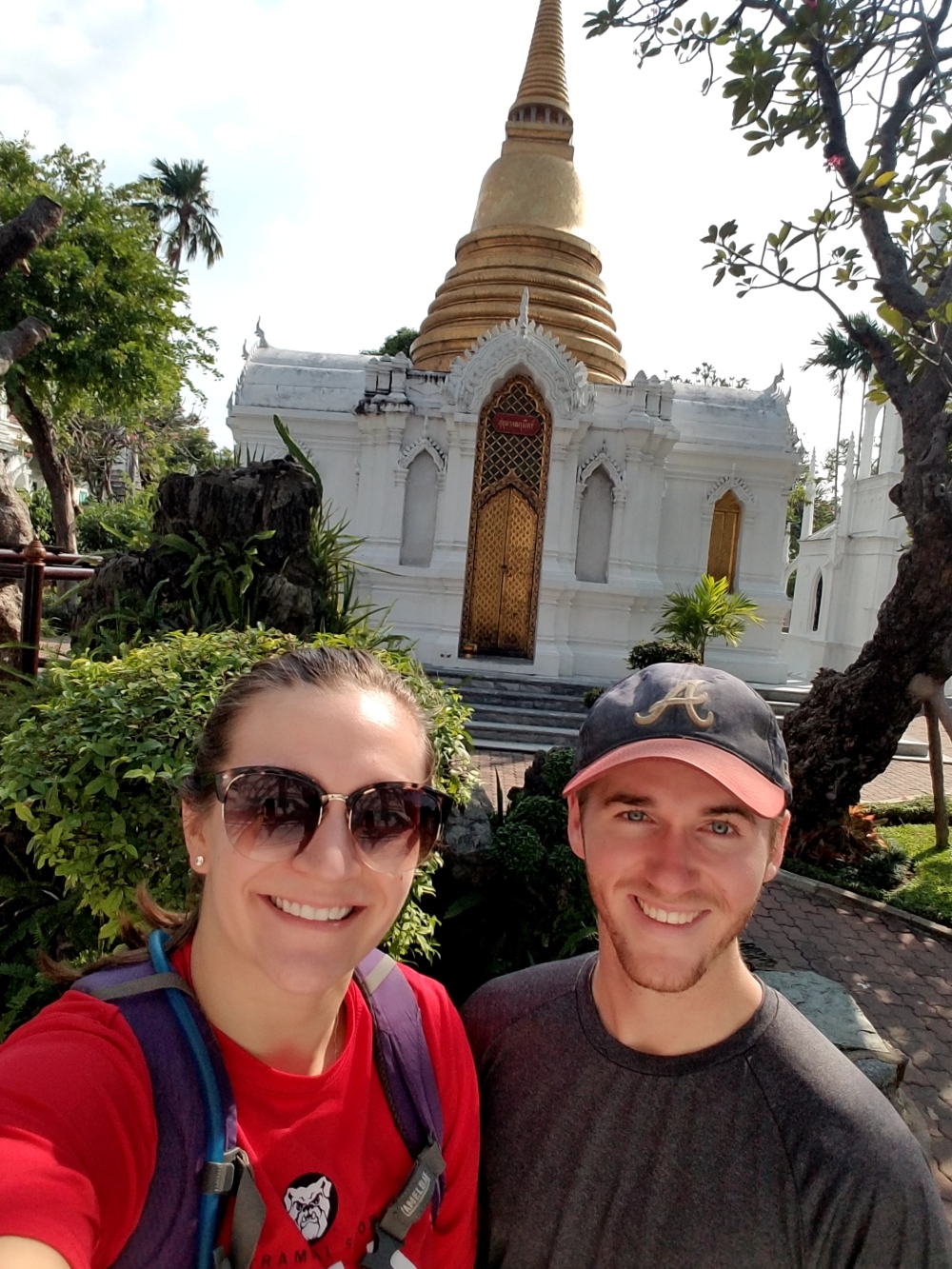 Views of the grounds of Wat Pho 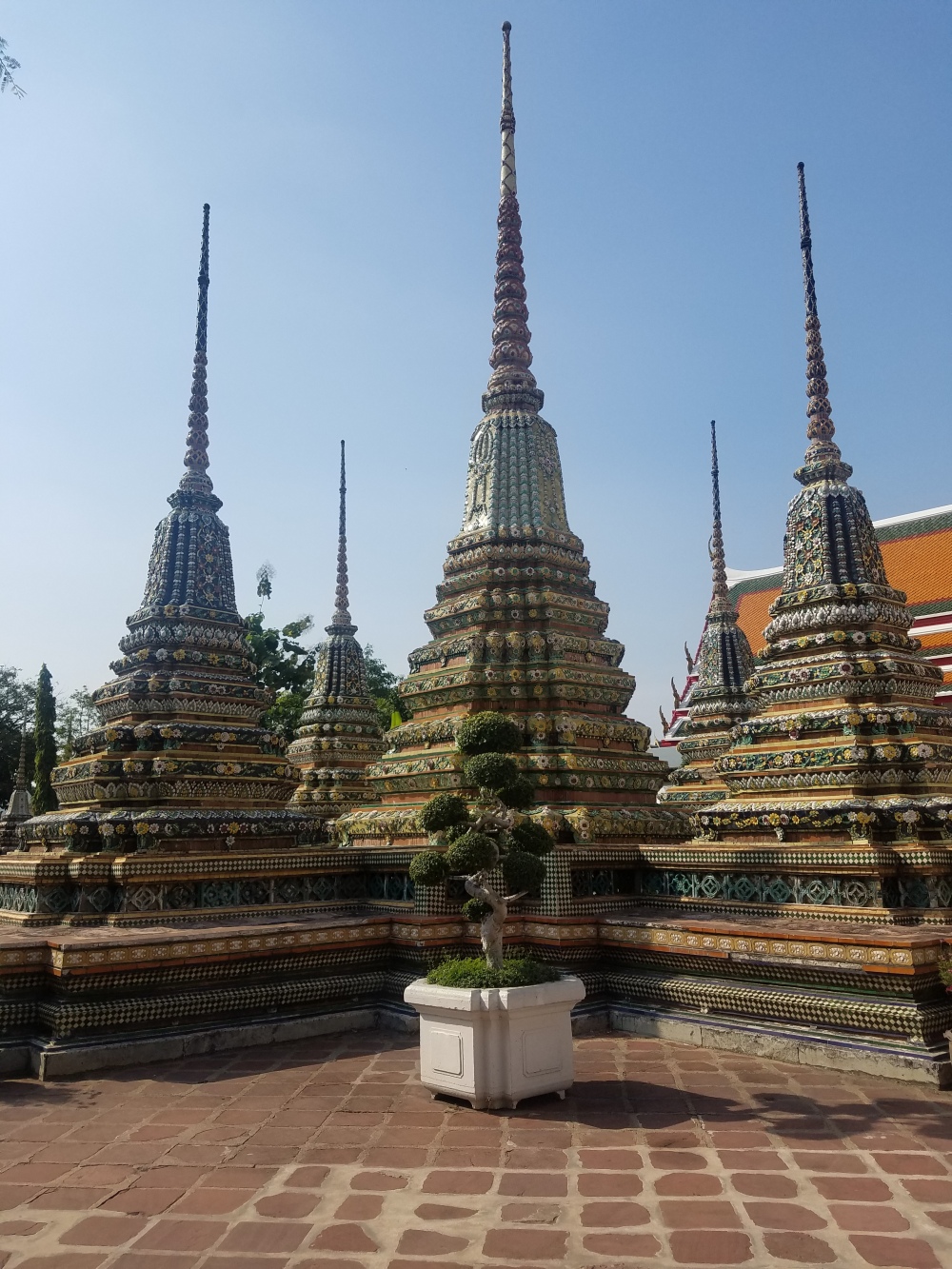 Largest reclining Buddha in the world! Seriously though, this is just the head. His whole body took up the length of half a football field! 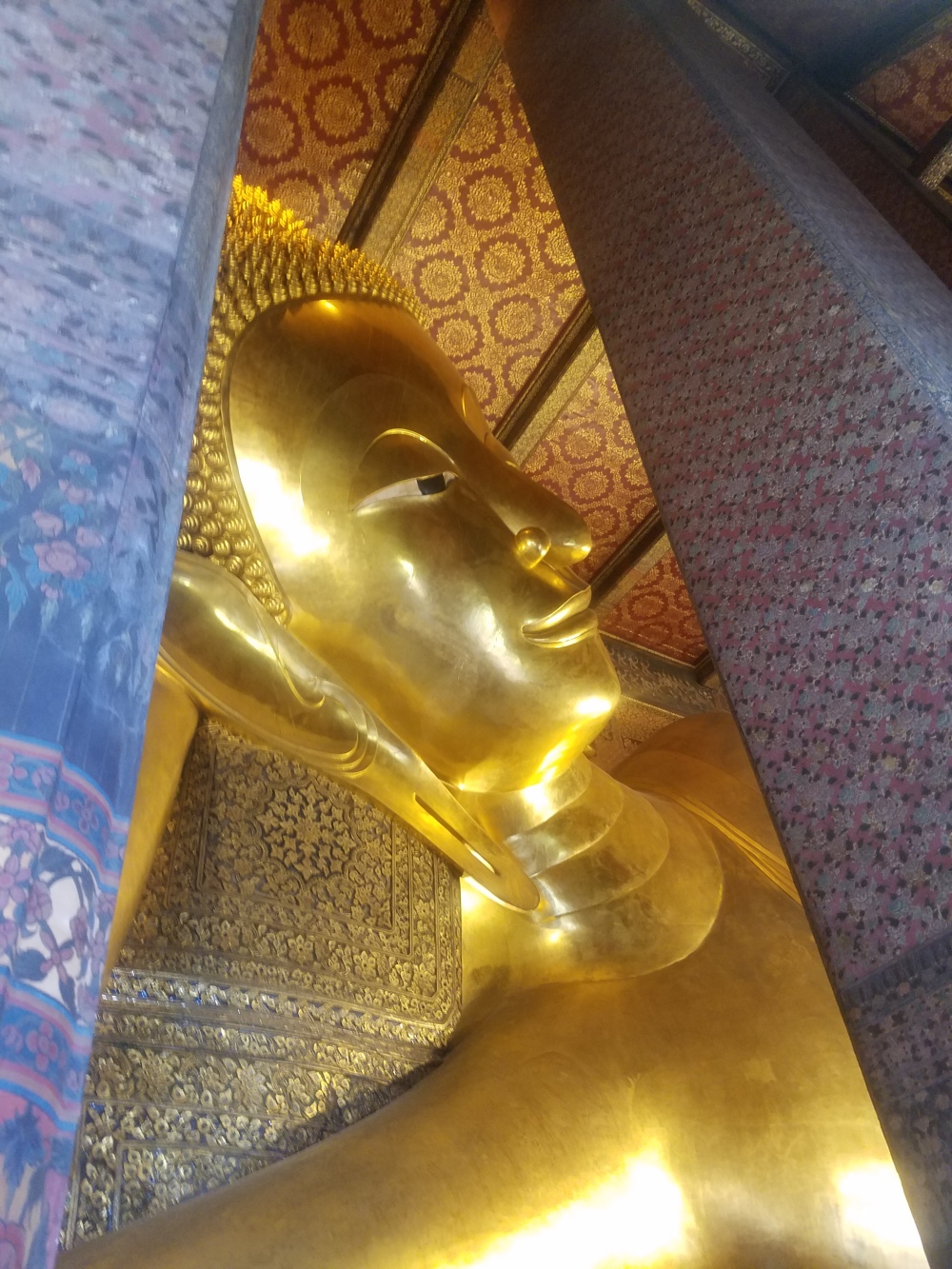 As expected, lots of stray cats were wandering all over Bangkok. Yes, I did pet them. Yes, I did wash my hands before eating. THEY’RE JUST SO CUTE I CAN’T IGNORE THEM 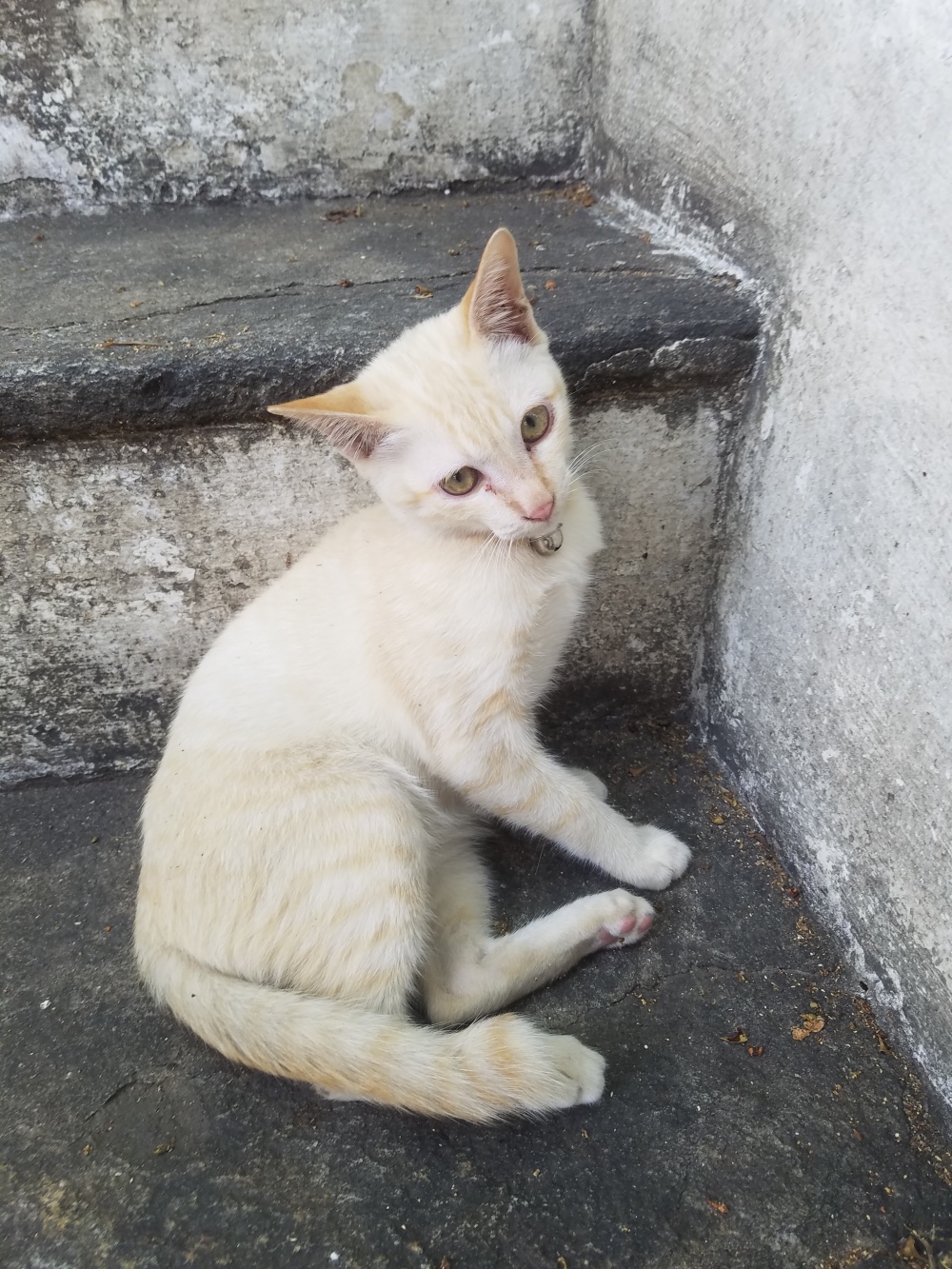 For dinner, we hit up a local place recommended by hostel lady. Pretty good dinner for only $12 (total for 2- love exchange rates 😁)

I told Sam we had to stay up until 8pm. It’s almost 7pm soooooo…. close enough.