Slept for 12hrs! Woot! ….well mostly, except for this guy whose snoring was SO LOUD. We have a private room but could hear his snoring through the walls! Thankfully I was so tired it didn’t mess with me too much. We’ll see what tonight brings.

We had a slow start to the morning, just looking up things to do in Bangkok for the rest of our time here. Our hostel had free breakfast that was super delicious (I’ll take a picture tomorrow). Then we were on our way to Siam Paragon- the giant mall! It had 7 floors with tons of fancy shops- even got to see some super fancy cars. I didn’t feel the need to take any pictures of the mall though so here’s just one of Sam eating a smoothie we got while there. 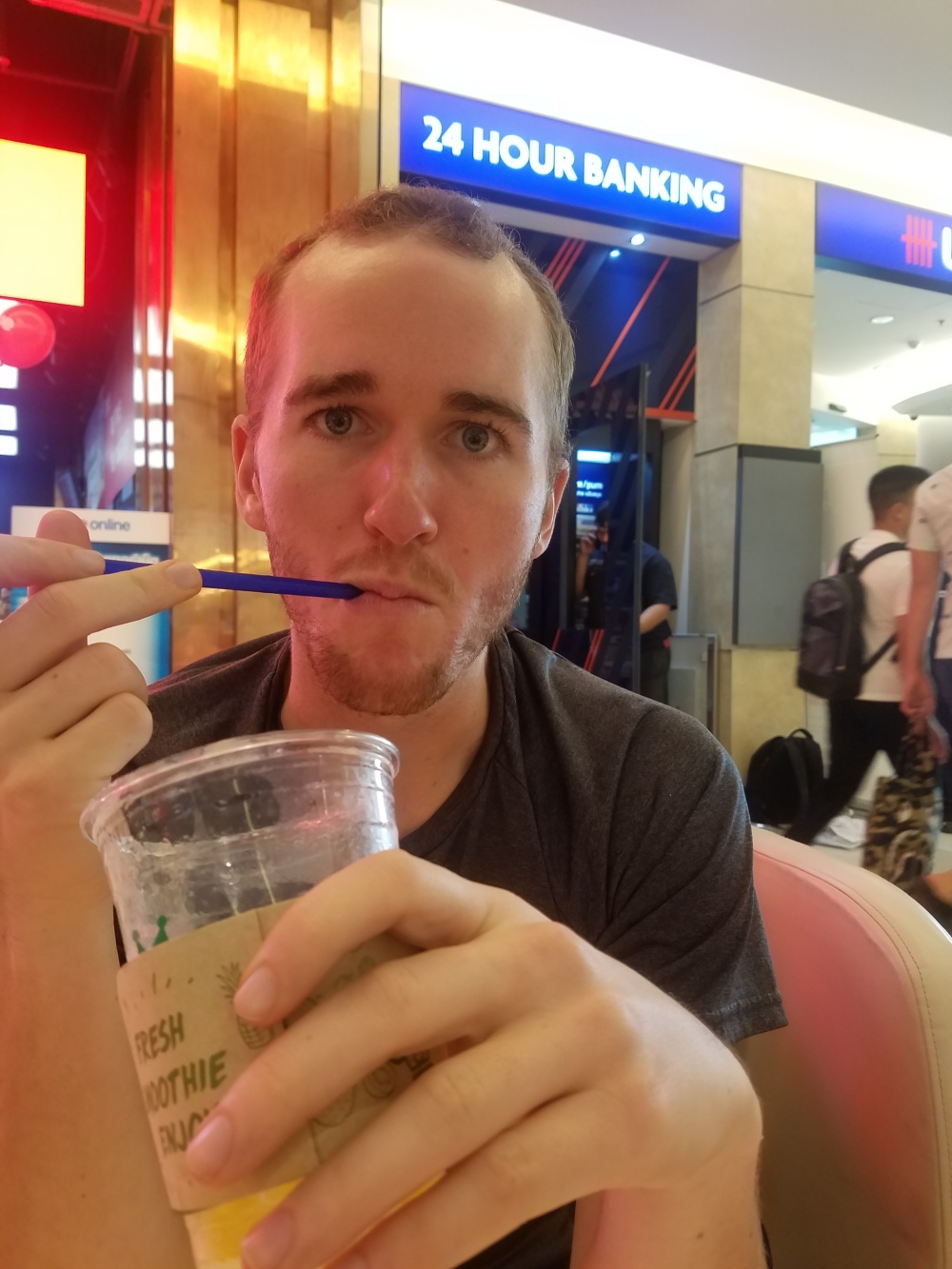 Neither of us bought anything since it’s only day 2 and we don’t want our backpacks to get even more full.

After the mall we made our way Wat Saket aka the Golden Mountain. It was basically a temple that was on a hill with a golden thing on the top (see picture)

They had a bunch of bells on the way up. Not sure what they signified but everyone was ringing them. 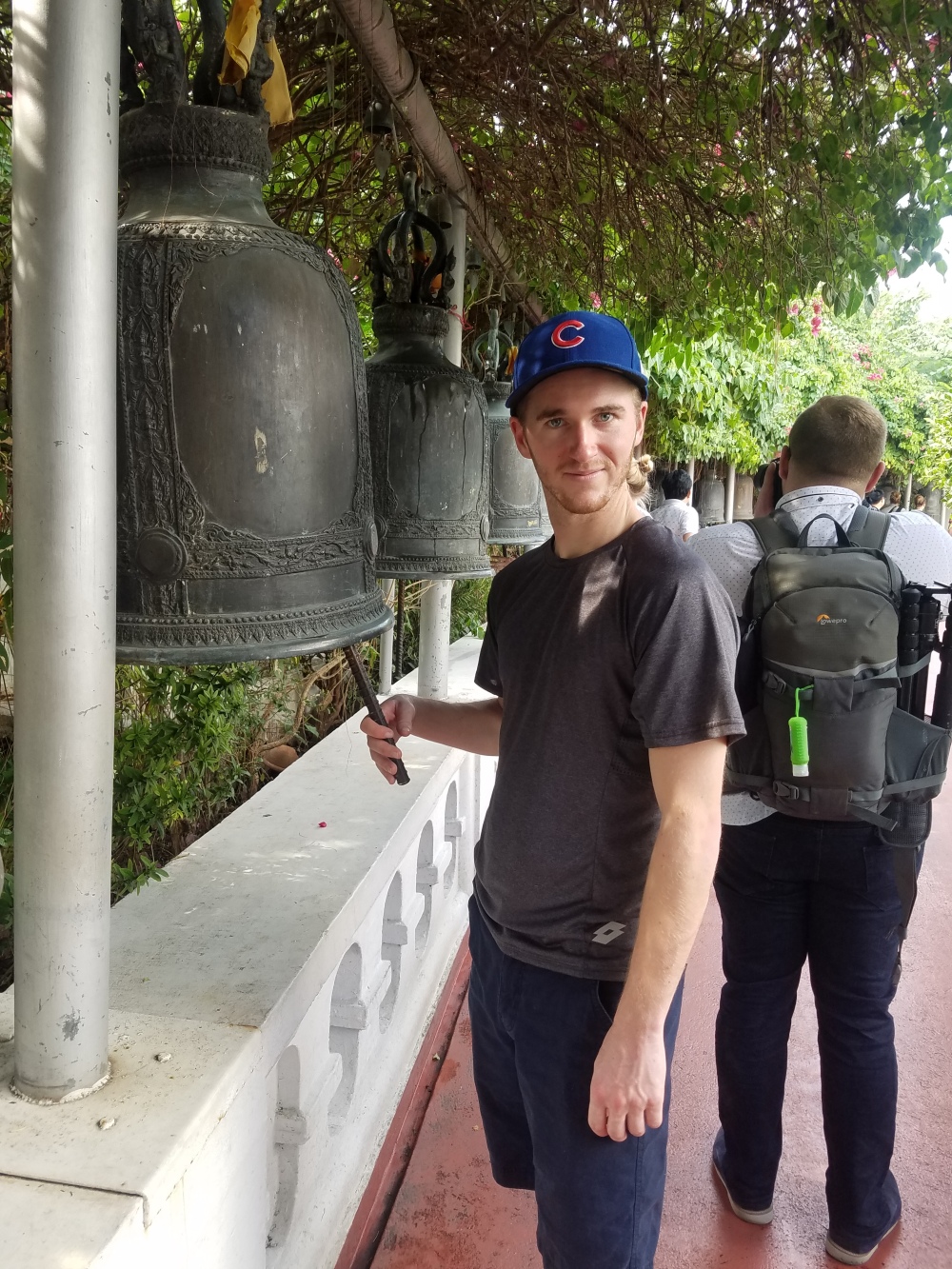 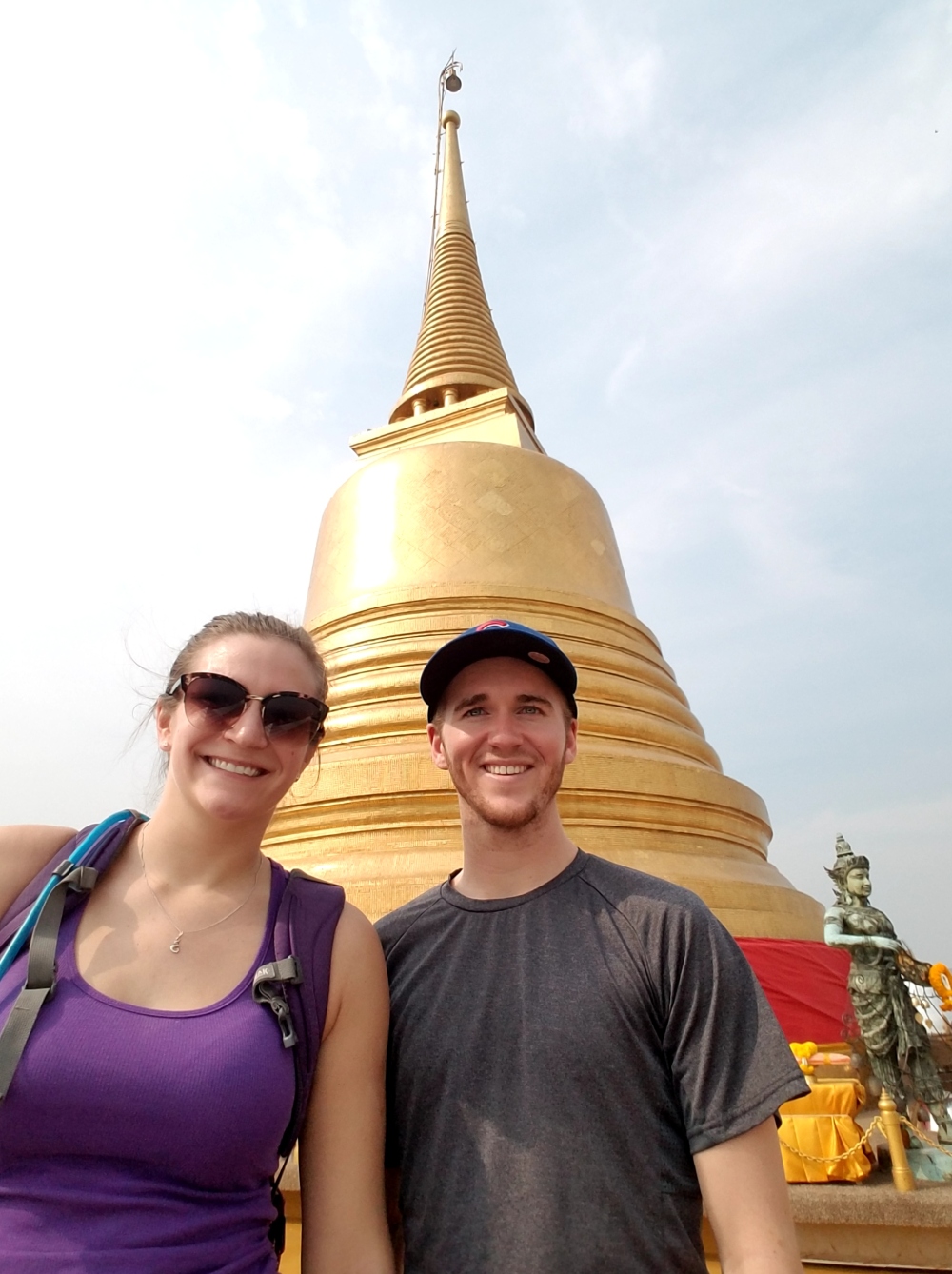 We chilled at the top for awhile and read up on some of the history of Thailand.

For the evening we had a dinner cruise planned on the Chao Phraya River. We were supposed to meet at the river walk but the GPS took us slightly the wrong way, thankfully after a few minutes we figured it out and made it to the boat with plenty of time. Our boat was called the River Star Princess 👑 since it was just a Monday night, everyone fit on the upper deck of the boat. They had a band playing and every once in awhile some Thai dancers came out. Thai dancing is basically just really slow movements… even I could learn it! 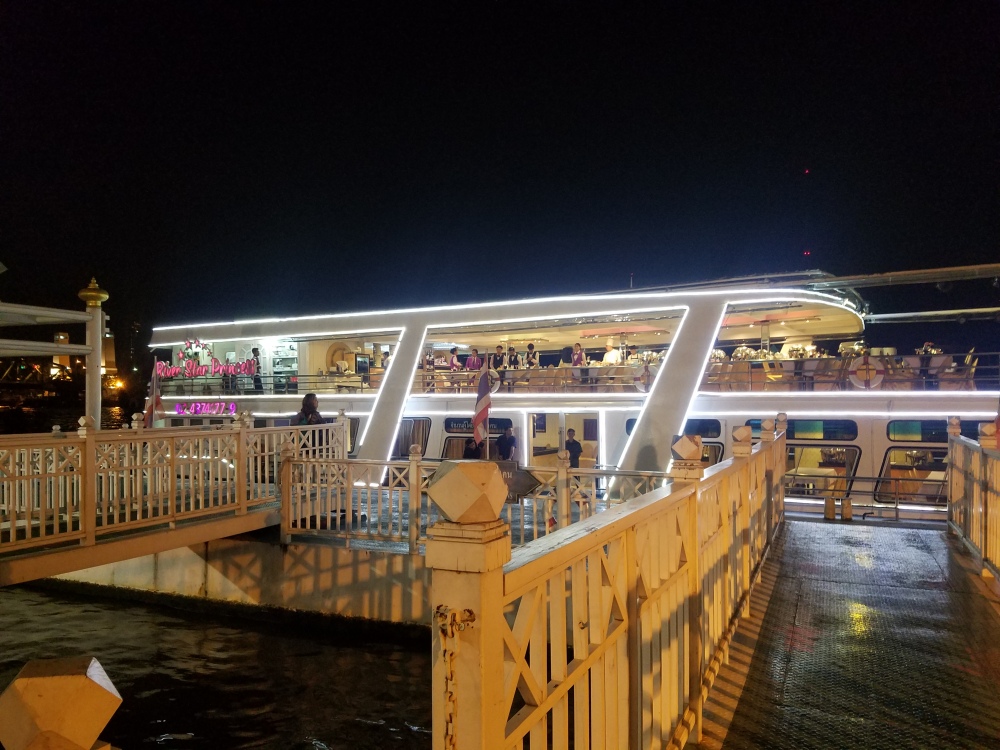 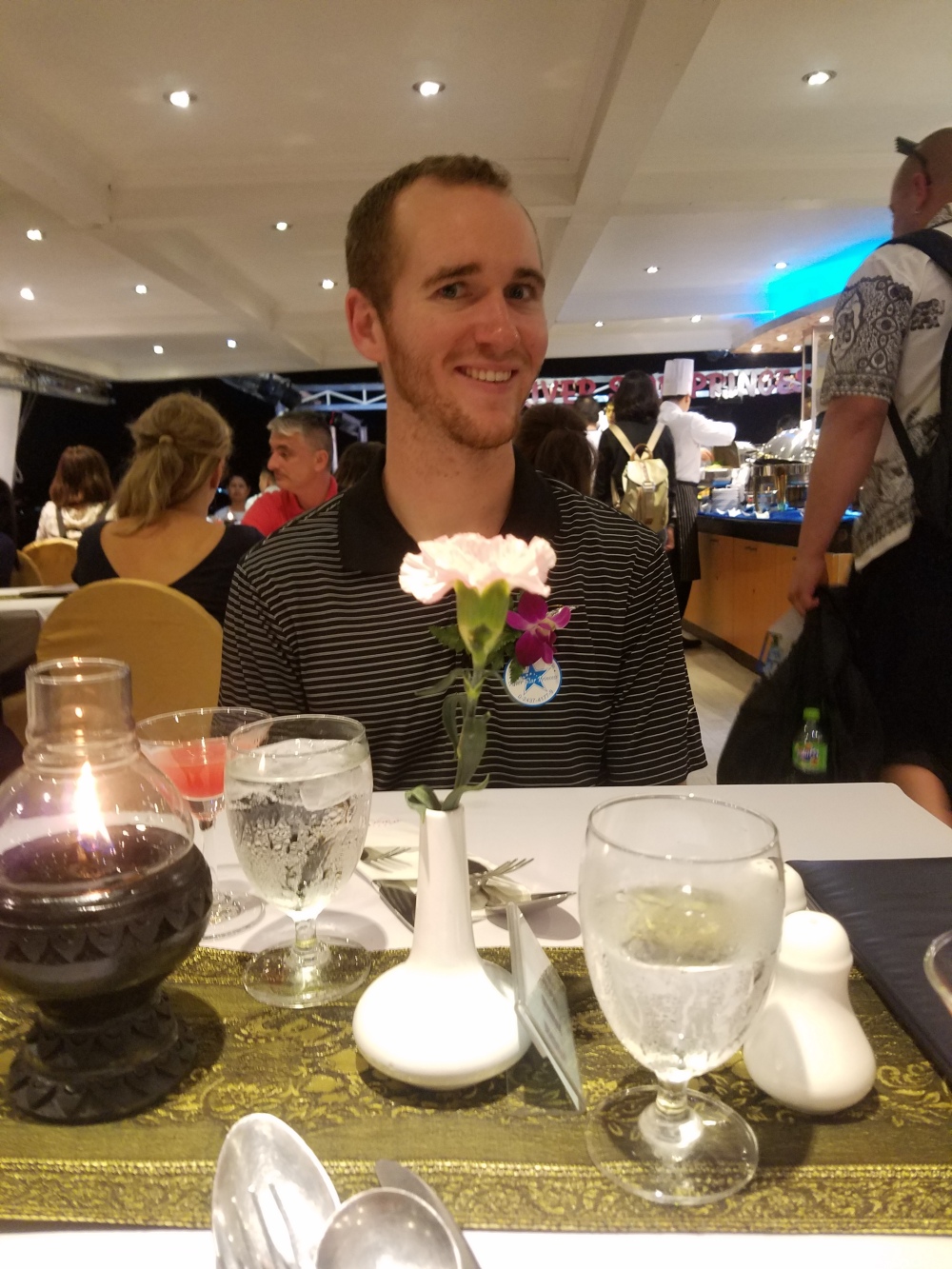 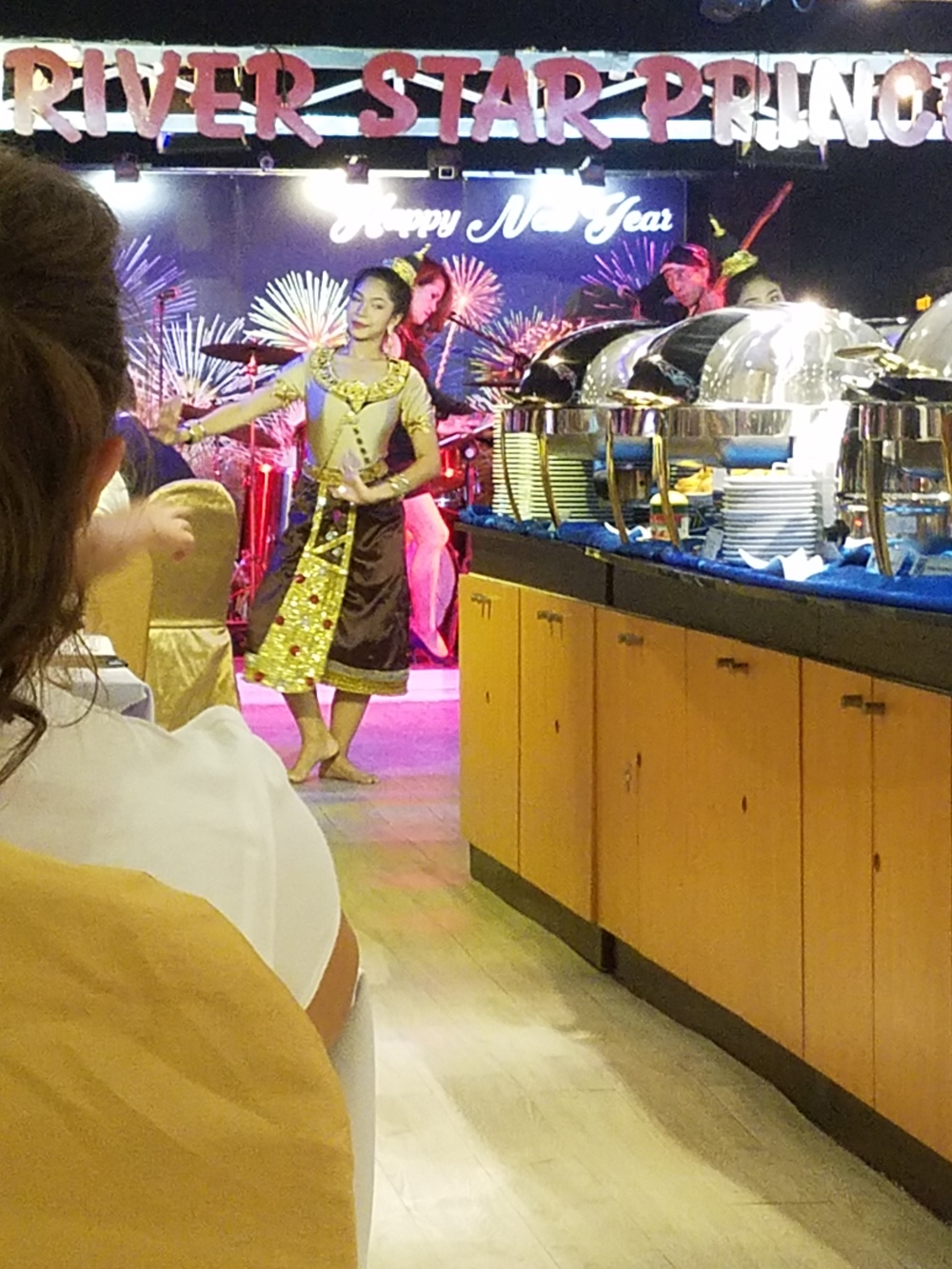