Arrived in Singapore! Lost an hour with the time change (first time change we’ve had). Our hostel is right in the middle of Chinatown so we had some Chinese food for lunch/dinner. It’s almost the Chinese New Year so Chinatown was pretty crowded.

After eating we headed to Gardens by the Bay. It’s basically this huge park that’s super eco-friendly. They have these “super trees” that are built with recycled metals but then plants have grown on them. I don’t really know how the whole process works but they were super pretty! We decided to rest under the trees for awhile. This family next to us started talking about how there is a light show every night so we stayed and watched that, which was pretty cool.

During the light show!

We hung out for a little bit after the show cause it was a really nice night outside. On our way back, we noticed there were a lot of people sitting by the waterfront so I figured that must mean the water show would be starting soon! We sat down and waited about 20minutes for the show to start. It was super intense with tons of lights.

We headed back to the hostel after the water show- both pretty tired from waking up early today. We are staying at the Marina Bay Sands tomorrow (REALLY EXPENSIVE HOTEL BUT IT HAS AN AMAZING INFINITY POOL). Cool pictures to come soon.

Preview of our future hotel 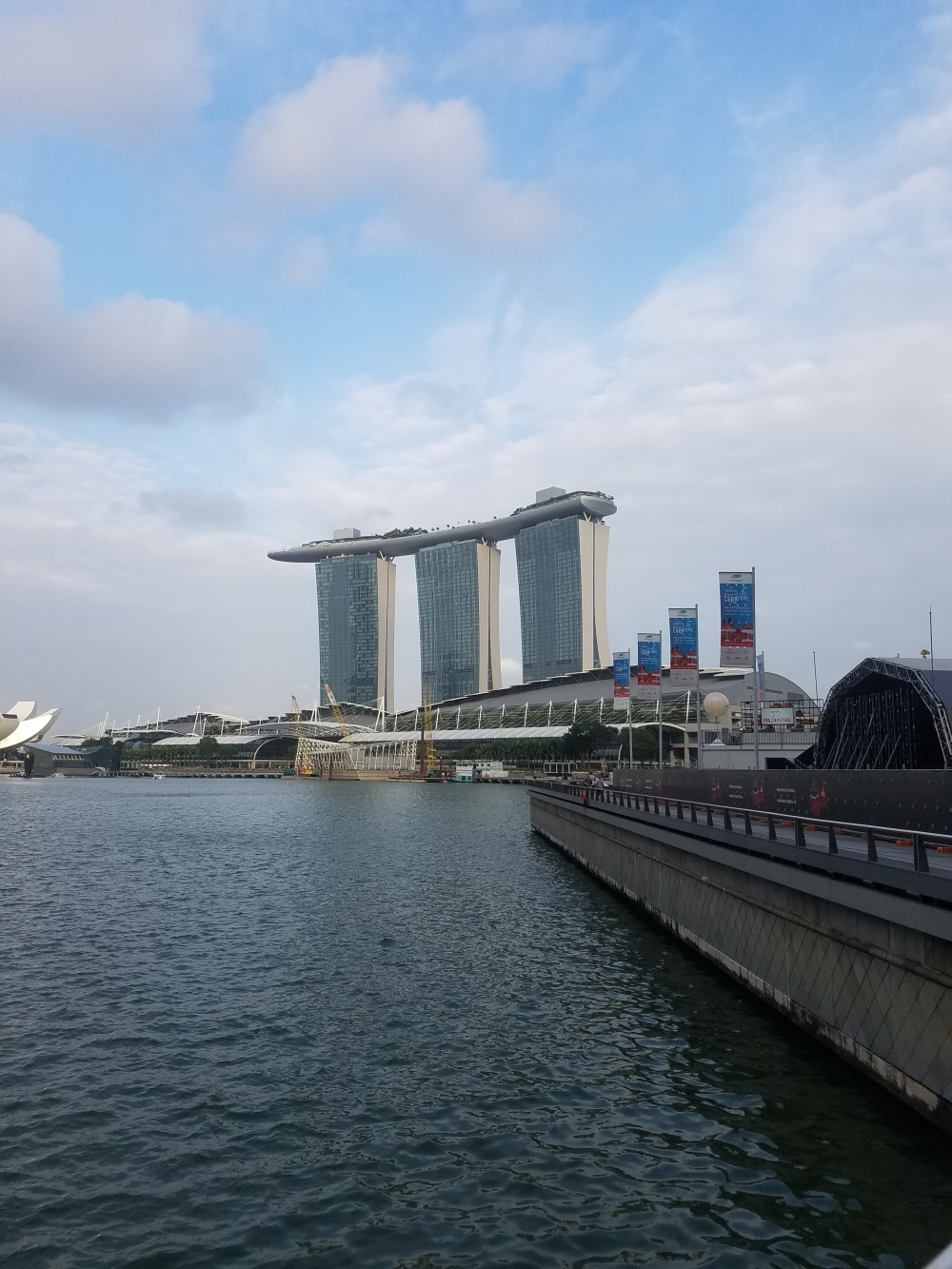