We got off the train at Geelong (which has taken me at least 10 tries before I figured out how to pronounce it). Brad was still about 45minutes away (he was driving from Adelaide) so we walked over to the nearby Coles (grocery store) to get some food for camping!

We finished right around when Brad got there and we were on our way! We drove about 2hrs until we reached the first hike we were going to do. It was a quick circle route through the rain forest. Very green, lots of furns. Sadly didn’t see any wildlife. 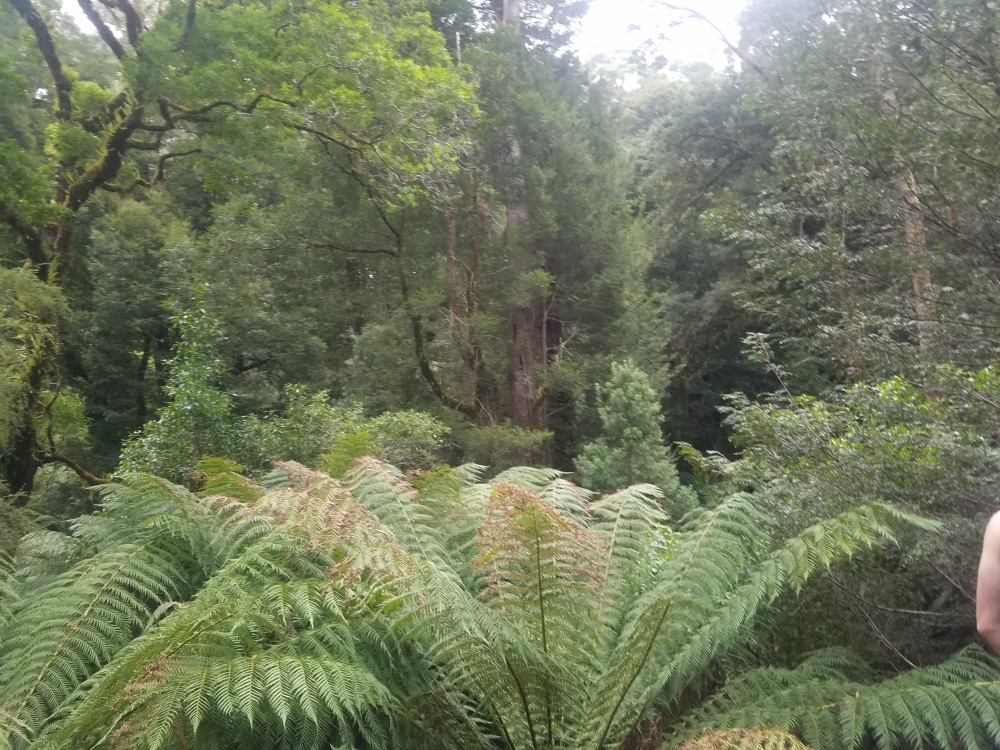 Our plan after the hike was to go to our campsite, but we ended up going in the wrong direction! So we had to change our plan a bit in order to do a little less driving. First, we went to Melba Gully. Our plan was to cook some burgers while waiting for it to get dark then walk through Melba Gully to try to see some glow worms! Small hitch in the plan when Brad realized he forgot a lighter for the grill! So we ended up just having some sandwiches for dinner. Thankfully, we were able to see a ton of glow worms on our walk! They were all just chilling in the sides of hills, basically looking like stars. Unforunately, it was impossible to get a photo with the camera on my phone. We also got to see some of the carnivorous snails hanging on the ground on the way back- they were everywhere!

It was pretty dark by the time we got to our campsite, but we set up the tents quickly enough. Before bed we went and looked at the stars for a little bit (the sky is VERY clear here).

Had a later start to our morning around 10am to start packing the car. Unforunately, everything wasn’t fitting as nicely as it did in the first place so it took us an hour just to get everything in!

We decided to check out the beach by our campsite before we left. We ended up roaming around on the rocks around the beach for about an hour. 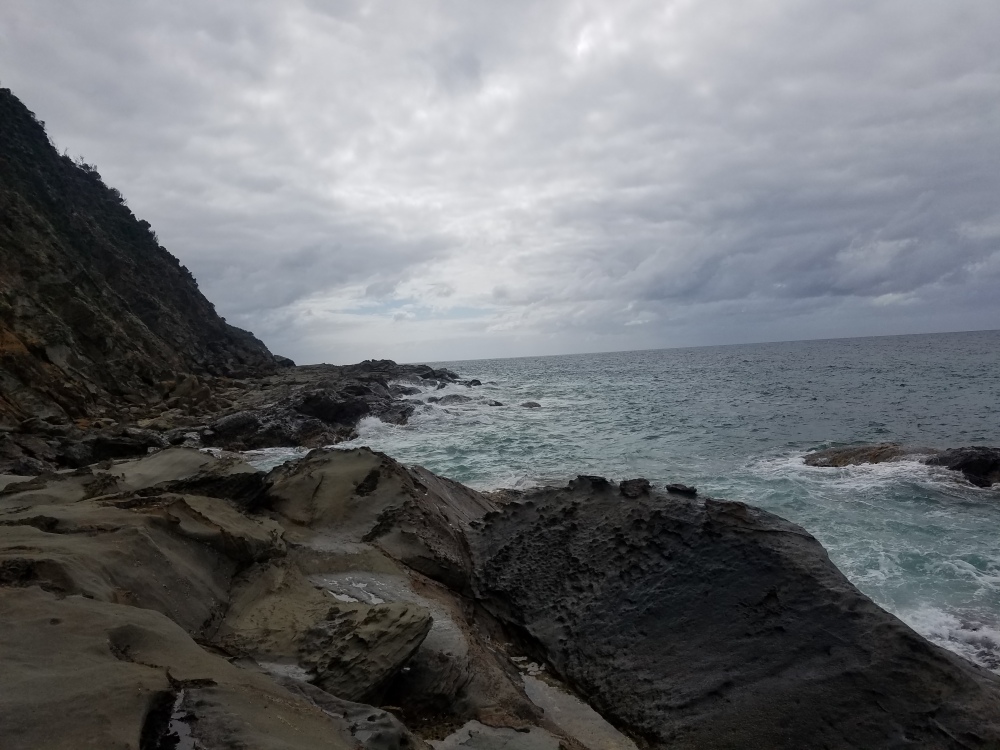 We drove to the treetop walk in Otway national park. They have a bunch of platforms above the rainforest you can walk on with random facts along the way. The whole structure would shake the while we walked around, which was the only thing I didn’t like about it! 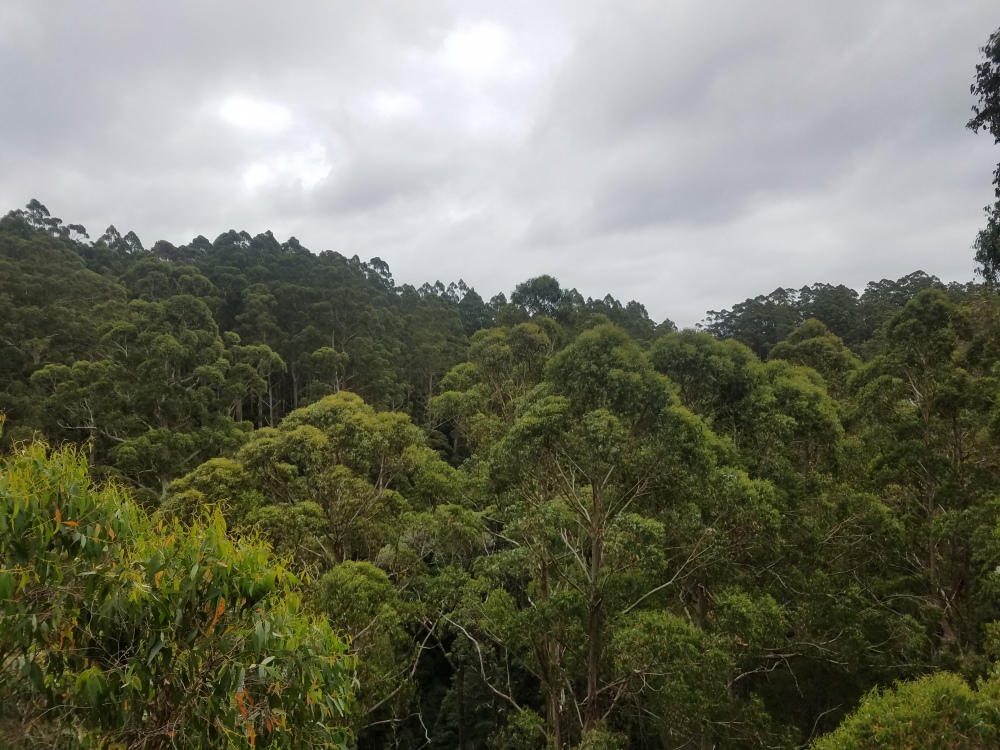 After the treetop walk, we did a quick drive over to a waterfall hike. Before hiking we made some burgers on the grill in the parking lot. The viewing platform for the waterfall ended up being mostly just a view of the trees with bits of waterfall behind them, so we decided to go off the path a bit and get some better views. There were a bunch of levels of the falls so we climbed up to each one and took some pictures. I was marginally concerned someone was going to slip on a wet rock and die but thankfully we all made it! 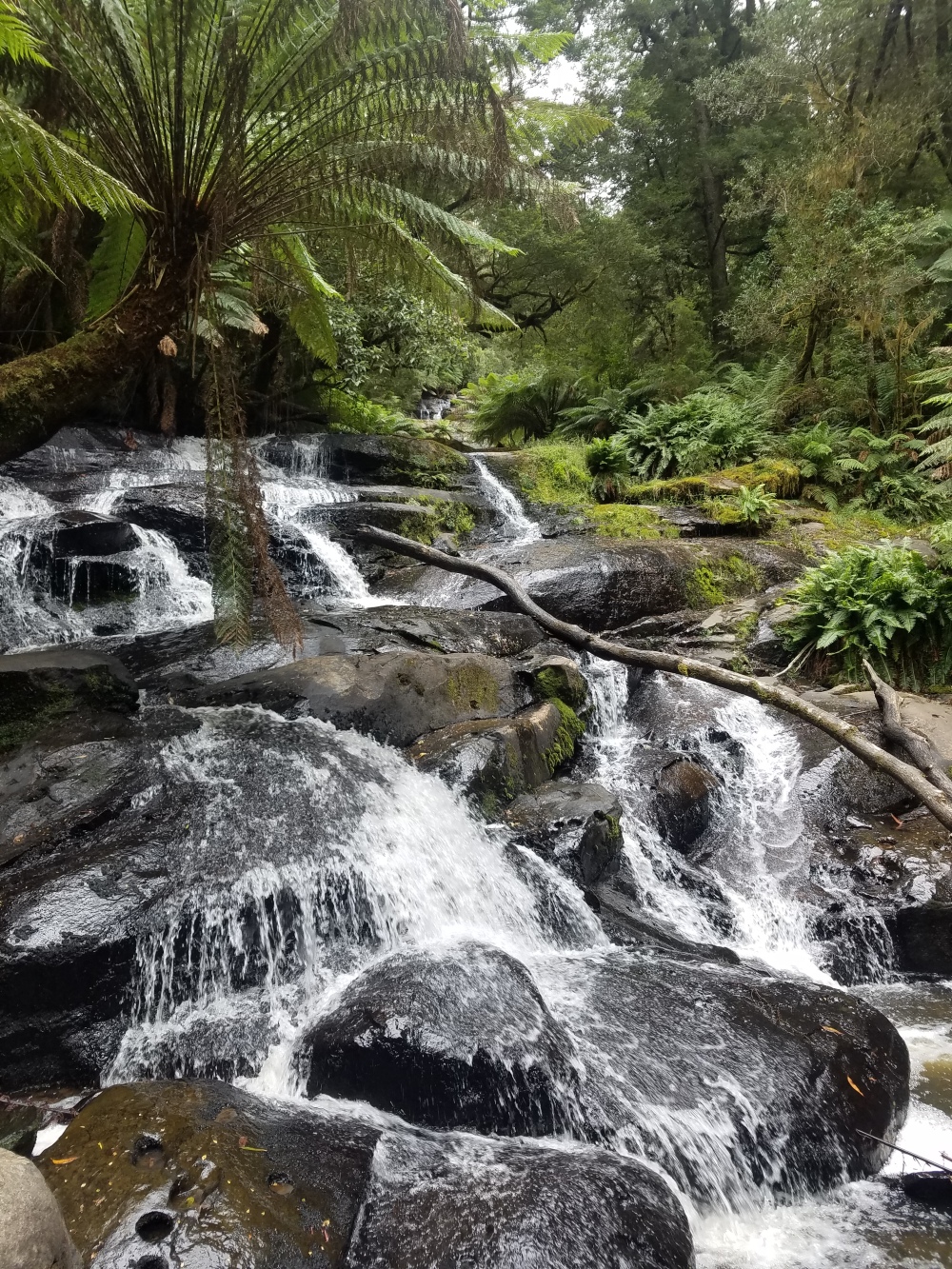 Since we had to set up tents in the dark day 1, we decided to head to our campsite around 3pm. The people camping next to us had the cutest chocolate lab ❤❤❤ 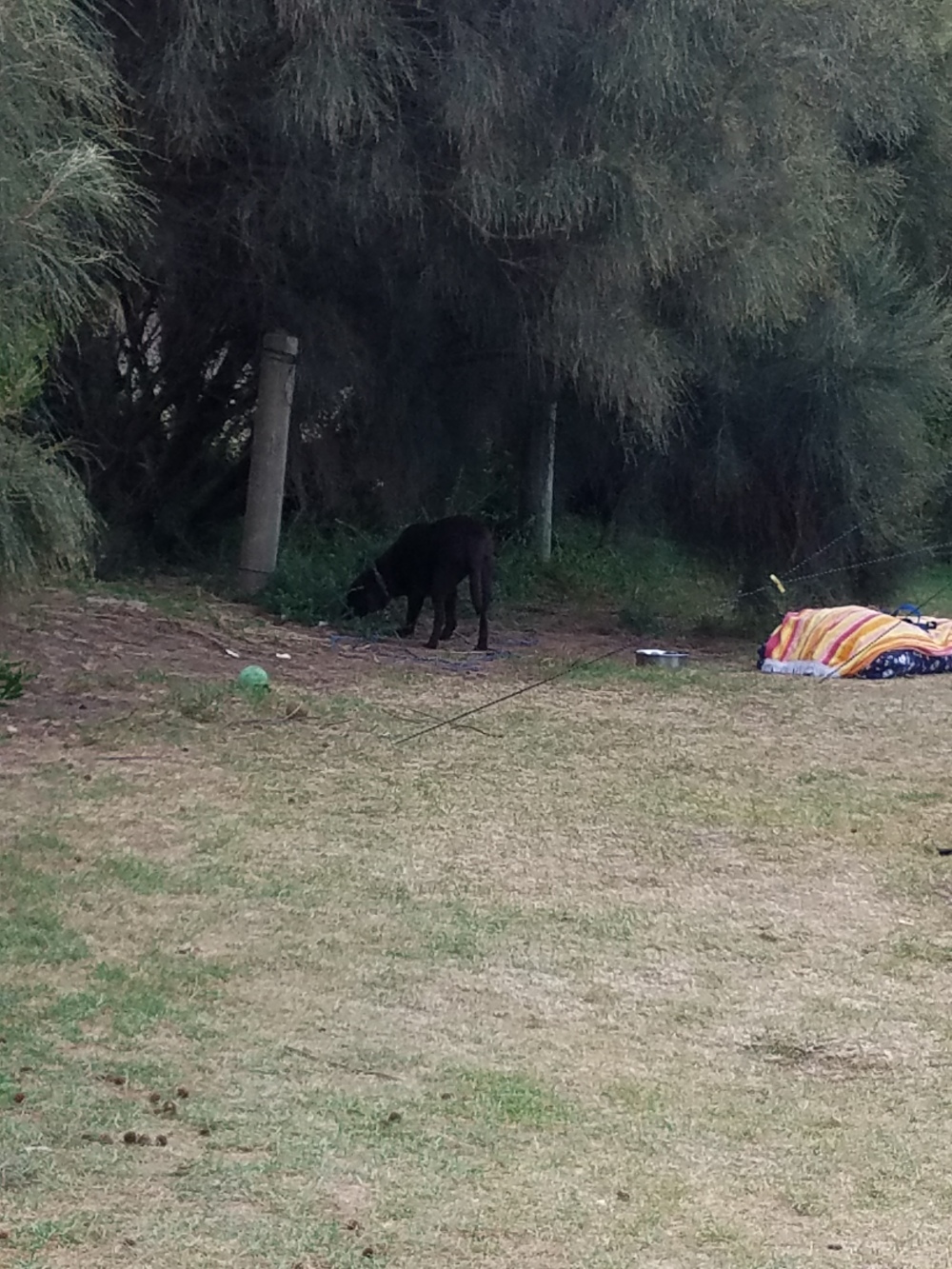 Once we were all set up, we put on some swimsuits and went to check out the water- it was freezing! And the waves were pretty crazy so we didn’t end up going in very far. The rest of the night we just chilled by a fire. 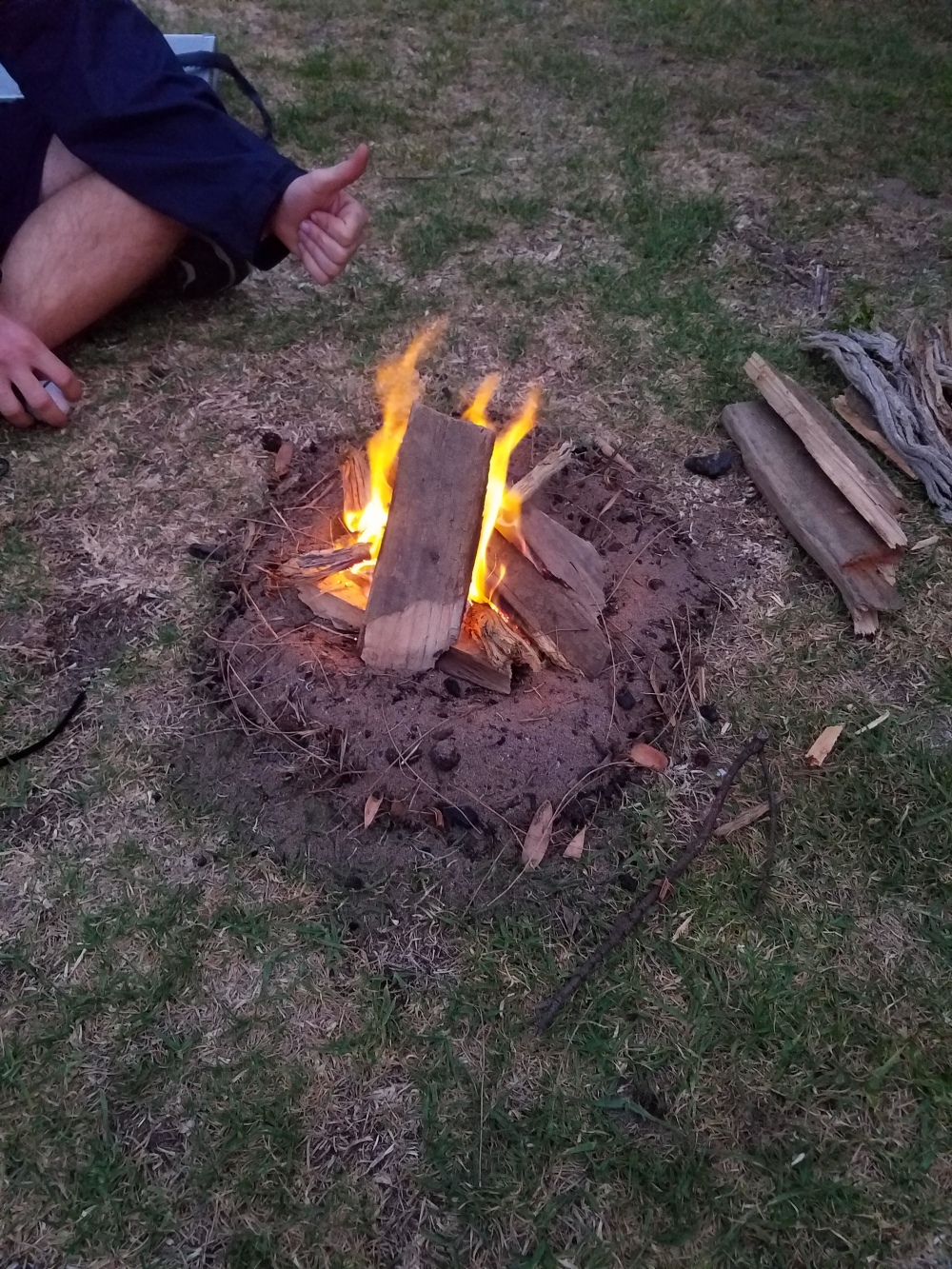 Started off the morning by actually going full on under the freezing ocean water. FUN STUFF

Our first destination for the day was the wildlife sanctuary. I was definitely super excited!!! Unforunately, there were no koalas there, but they had a bunch of other animals- kangaroos, emus, dingos, a wombat, a cockatu (sp?), alpacas, donkeys, deer, a peacock that just roamed around, some dogs and cats…. so yeah a lot of animals!

The emu was a super aggressive eater and kinda scary lol

Fun story- the cockatu could say hello! But he would only do it when you walked away from him and no other time lol

We had some pizza at the sanctuary for lunch then headed to start driving down the Great Ocean Road. There’s a section of the road that has a bunch of turn-offs with views. We stopped at most of them- 12 Apostles, Loch Ard Gord/Thunder Cave, The Arch, The Grotto, and the Bay of Martrys. Its a very beautiful coast as you can see by the photos. 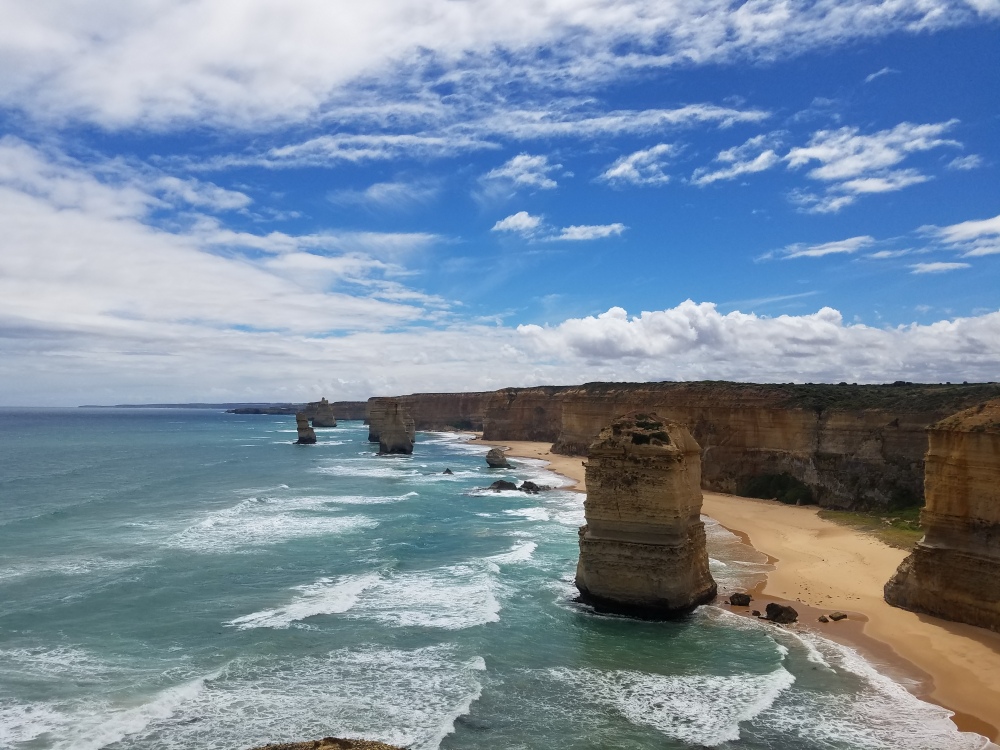 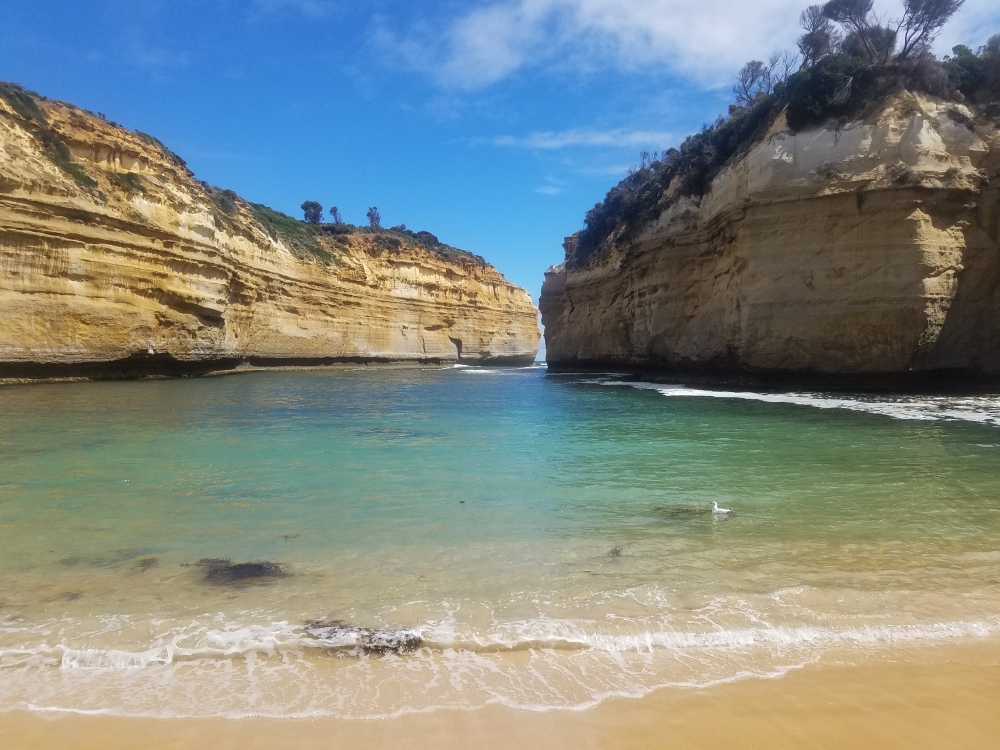 Once we finished driving down the coast we made our way up to Melbourne. Brad is staying with a friend there for the night so he drove us all the way back to our hostel. We also got a dinner at an Australian pub- I had a chicken Parma, which apparently is an Australian thing according to Brad.  Super early flight to Cairns in the morning!