We ended up leaving our hotel at 6:30am to go explore Waimea Canyon, per the advice of this random tour guide in Honolulu. He told us to get there early before the tour buses and clouds come in. Granted the weather forecast was mostly cloudy anyways (this is the best weather forecast we have for the week though).

We drove all the way to the end of the canyon first…. and saw a lot of clouds. You can tell it would be a super pretty view if the clouds didn’t exist. Apparently this point is one of the wettest places on Earth!

However, just on the other side of the mountain there were wayyyy less clouds! And we were able to see some gorgeous views! 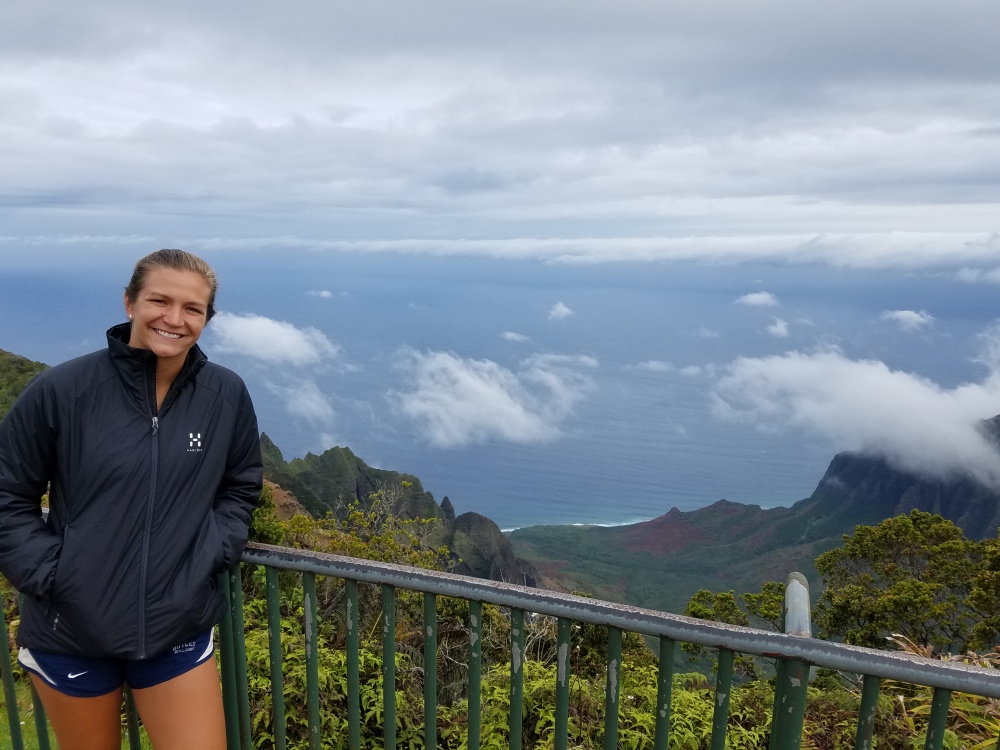 From there we drove back through the canyon and stopped at a bunch of scenic lookouts and random spots along the road. 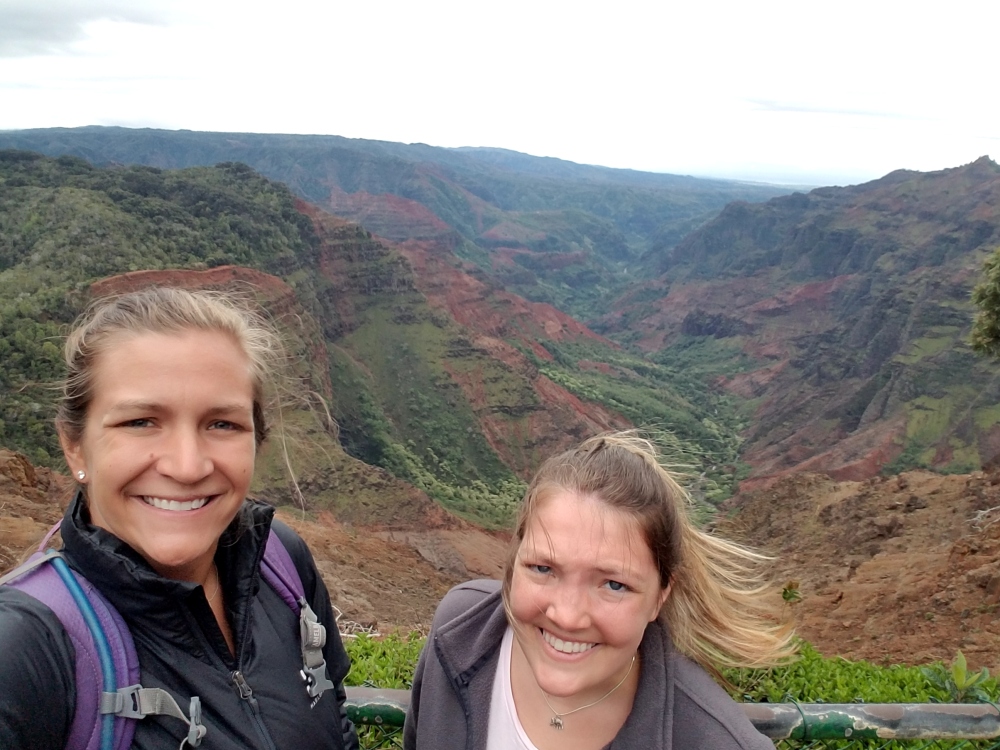 After the canyon, we tried to stop at a nearby beach… it was sooooo windy. Literally was being pelted by sand and getting covered in sand for the 15minutes we ended up staying there. Obviously we decided to try a different beach.

We ended up at Shipwreck beach. It was more of a cove so the wind was much less significant. There was also a random trail we walked along. We ended up chilling on the beach for about an hour. 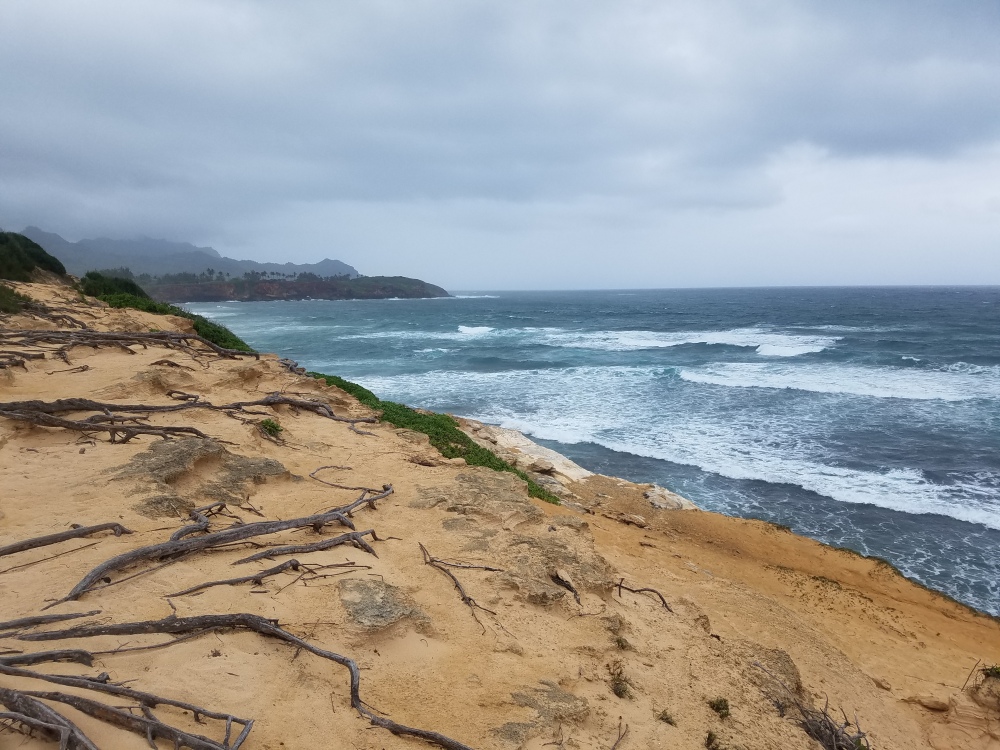 After we got a little too cold, we headed back to the hotel to hit up the hot tub.

Overall it only rained a little bit today and we saw the sun like twice so I consider it a win!