Wow what a day!

We started our morning bright and early, leaving our hotel at 7am to make our way to Kauai ATV. We had signed up for a ride to this waterfall, but when we checked in they told us the stream had gotten too big so they couldn’t take us to the waterfall. Instead they were offering a modified tour at a lower price. We didn’t have anything else to do so we did it!

What we actually ended up driving was what I would consider a dune buggy rather than an ATV, but it was awesome! We were geared up with some extra clothes, a poncho, helmet, goggles, and a bandana to cover our mouths. Clare and I had a dune buggy to ourselves. We basically went in a line with our group and drove off road! There was soooooooo much mud. Every second mud was splashing up all over our bodies. Within a minute we were totally covered in dirt!

Some highlights from the trip:

1. We drove full speed through a giant muddy puddle and got completely drenched in the muddy water.

2. We saw a bunch of random places where movies were filmed (like where the guy got eaten out of the toilet in Jurassic Park)

After the trip we were so muddy, but thankfully they had some showers for us to wash off.

The west side of the island was supposed to have sun so we decided to go check it out. Based on the reviews online, the beach was super pretty, but required a trek through 4 miles of super bumpy and muddy road with the car. There were a few times I was super nervous we wouldn’t make it through a deep puddle, but we made it to the beach in about an hour! Our car was slightly covered in dirt but ohhh well. We were the only non SUV at the beach lol

The beach was beautiful and almost cloudless! We were able to spend about 3hrs there in the sun 😁 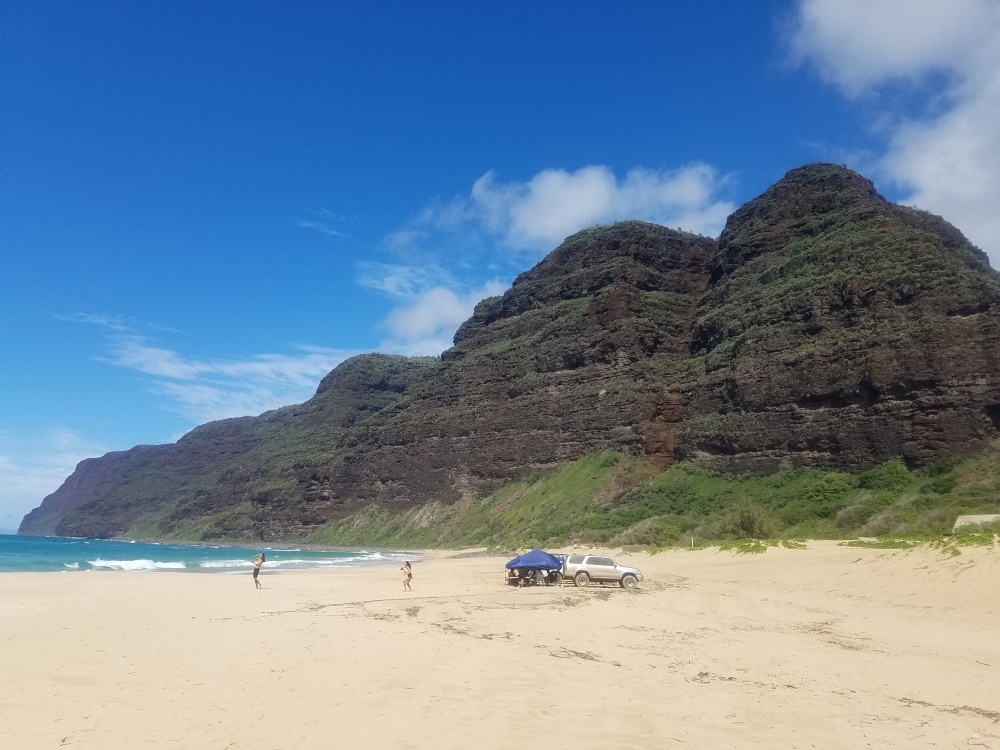 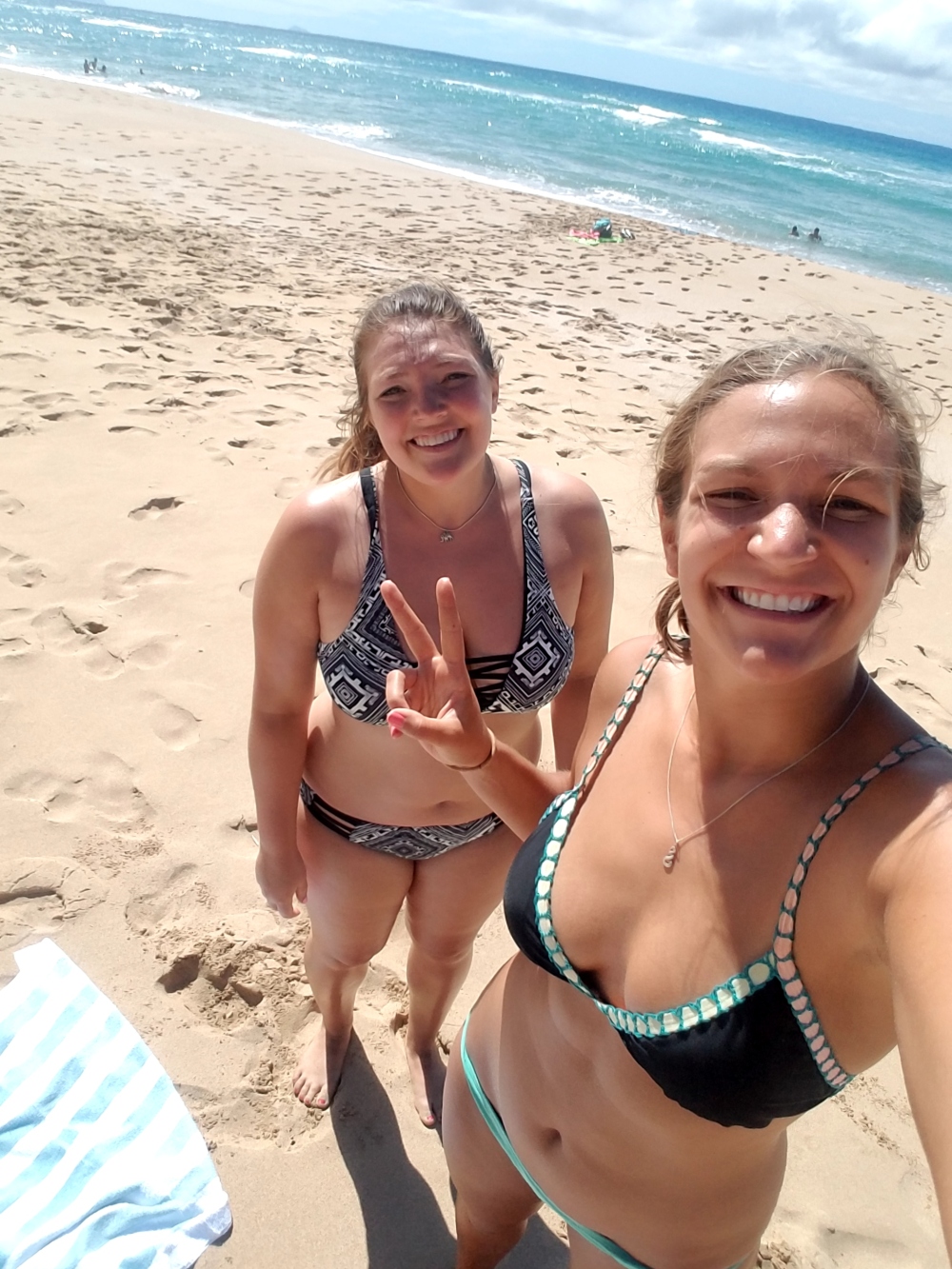 Unforunately, our way home didn’t go as smoothly as one would have hoped. As we were driving I kinda thought our wheel was making too much noise, but there were so many bumps in the road that I just figured it was noise from that…. Turns out it was the tire making noise… it was flat!

Thankfully, I had learned how to change a tire when Sam got a flat so I actually got the tire changed pretty quickly!  #skillz

Sadly, we were superrrrr muddy after! We didn’t want the car company to know about our off road adventure so we starting searching for car washes on our way back! Lol

By the time we got back to the rental company it was 8:30pm! And it was crazy crowded! Clare found a guy and told him what happened. He said the mechanic was gone for the night and it was so busy it would take awhile to get us a new car. He told us to just drive on the spare tomorrow until we return the car tomorrow night.

Crazy day! It felt sooooo good to shower at the end of the night. Here’s to hoping tomorrow ends better!