Our only plan for the day was to explore Medellin. I had a general idea of a few places we should go, but we didn’t have any concrete plans. We had a lazy morning- woke up around 9:30 (just in time for breakfast). Generally, all things on my list were north of where we are staying so we hopped on the metro and started our journey north.

Our first stop was at Plaza Botero. Didn’t know anything about this place, but found out it’s basically a square with a bunch of chubby statues doing weird things. Even weirder were the people taking selfies/photos with the statues… not sure why they felt the need to have themselves in these photos, but I took pictures of them taking pictures because it gave me a good laugh.

Like what do we think this couple will do with their selfie and his naked bod??

Wow yes this is def profile pic worthy for this lady

This is a big mansion that’s been converted into a cultural center. Pretty cool building though.

After roaming around the plaza, we headed over for lunch. The food was pretty delicious- Jess and I both got steak 😄 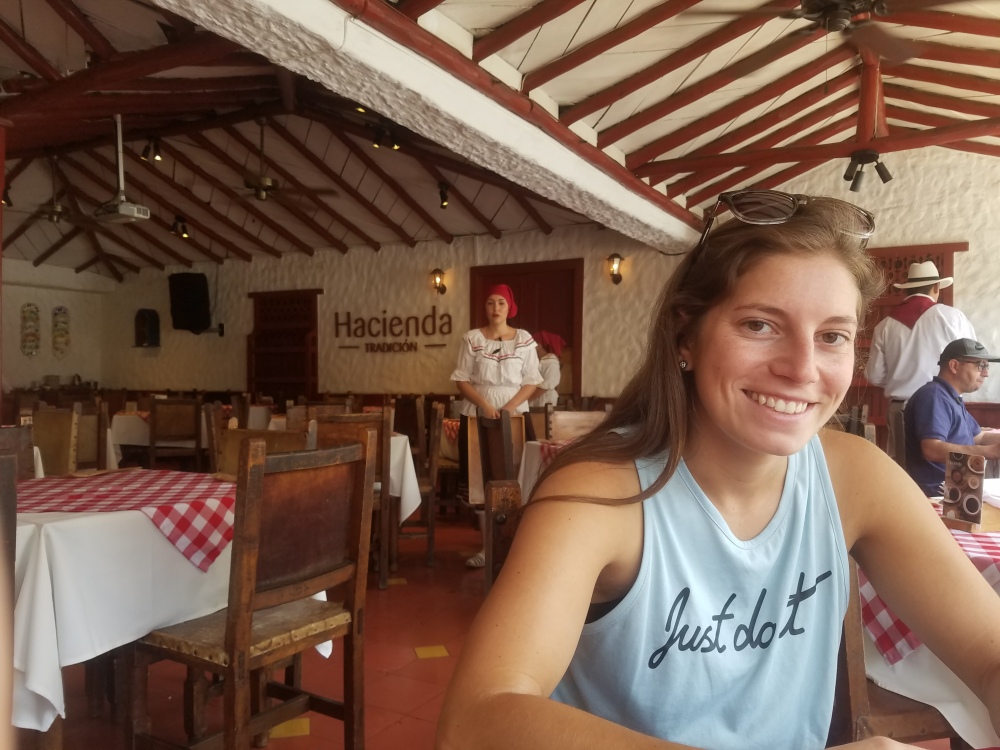 Once we finished lunch, we jumped back on the metro and headed to the cable cars (which take you up the mountain). We went all the way to Parque Arvi, which is the last stop. 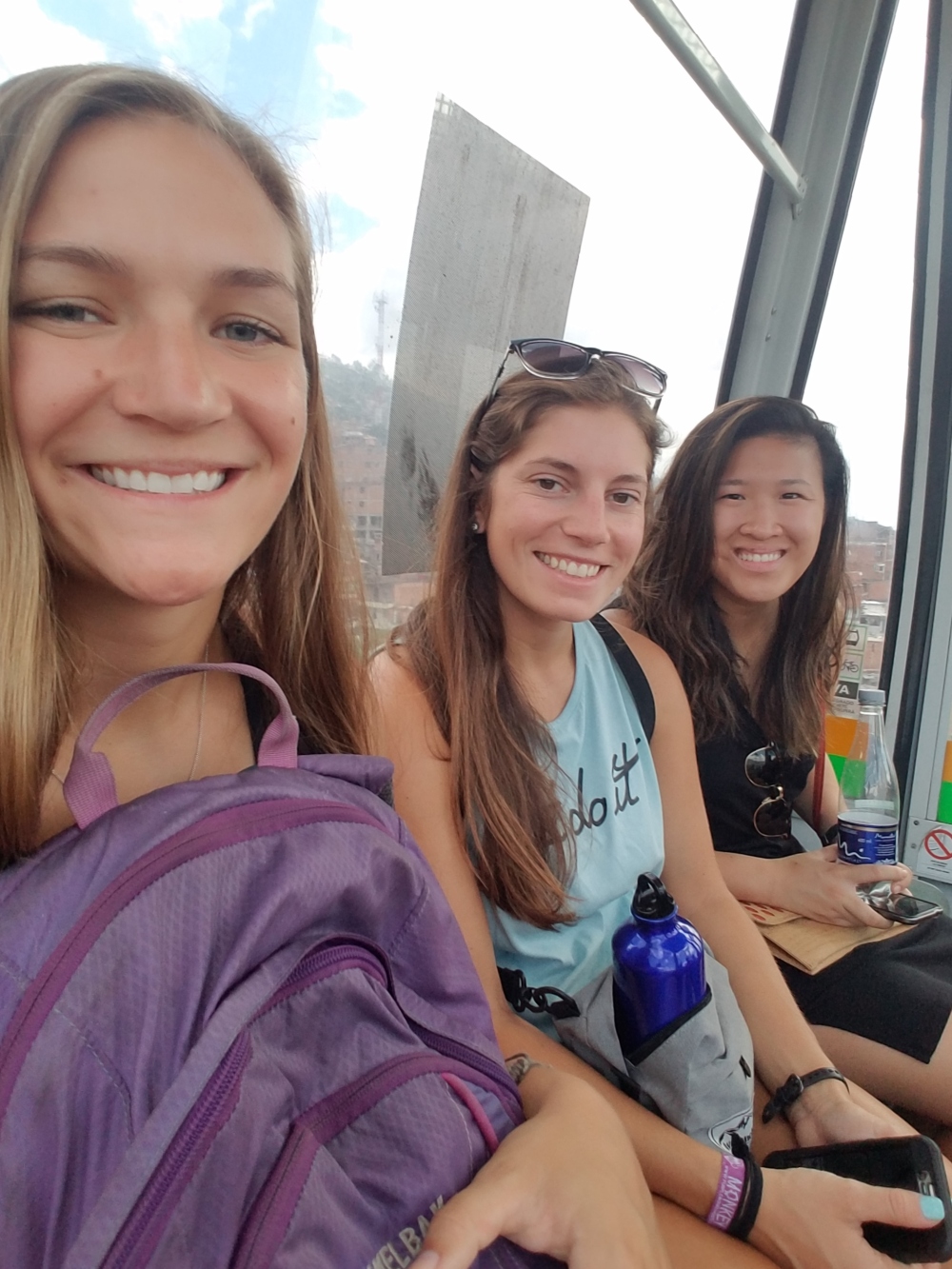 The cable cars were actually pretty cool and gave you some amazing views of Medellin. The city is HUGE! And surrounded by beautiful mountains. 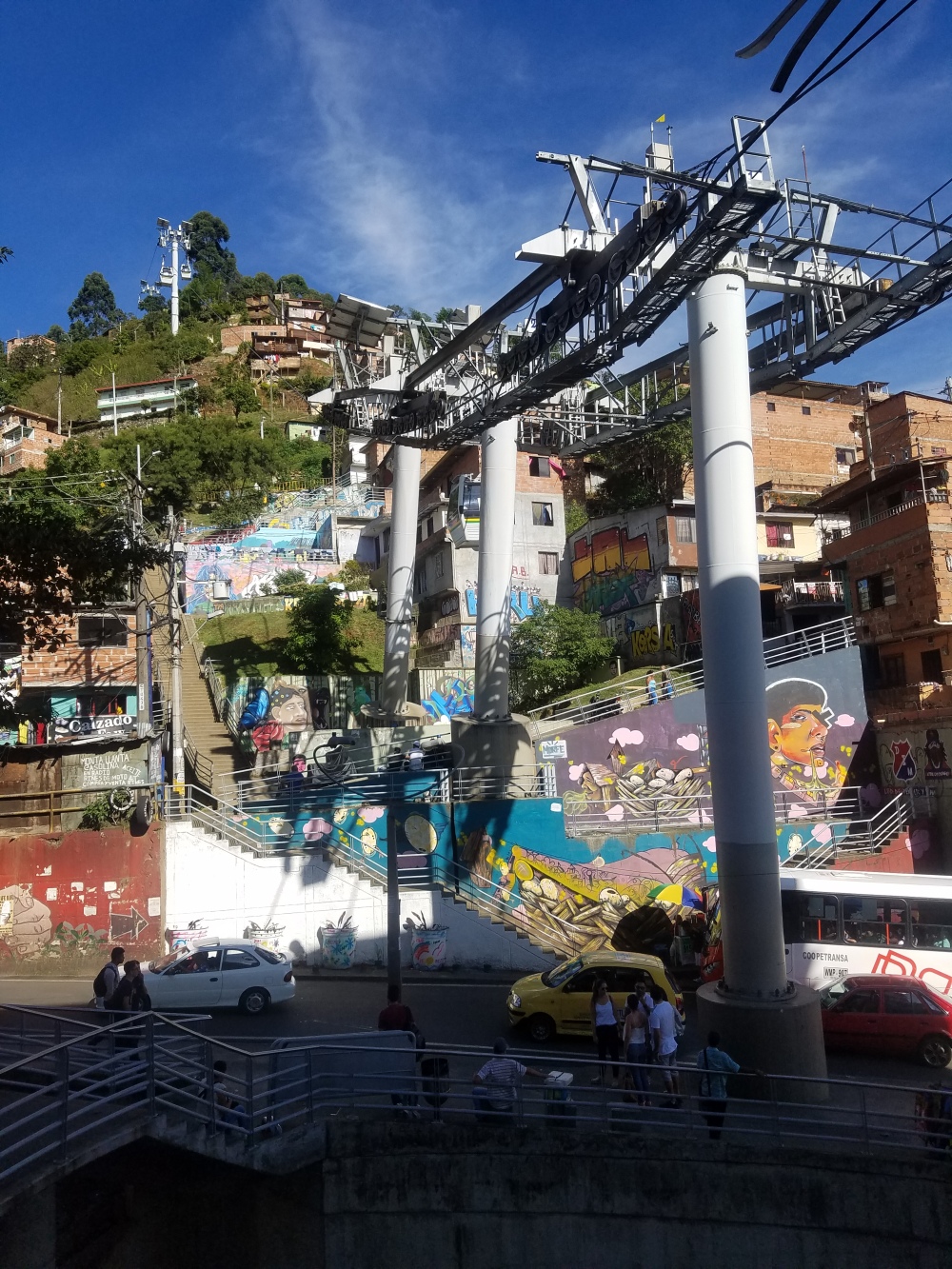 Parque Arvi seemed pretty cool at first. There was a little market selling fruit and small souvenirs. We went to the information desk and the guy told us we could do a quick 30minute hike for free to a river. He gave us easy directions- go down the road and turn right at the restaurants and then walk until you get there…. sounds simple right? WRONG. We walked about 1minute and came to a decision to go right or left down a road. It didn’t seem like this was the spot with the restaurants where he wanted us to go right, but there was no way to know for sure. Finally, we found some other people also going on the hike and decided on a way down the road. Once we got to the spot to turn right, we kept walking down a road. At this point we’re wondering is there going to be a trail to this random river or will we just keep walking down a road…? Turns out there was? Or at least maybe? We followed some people into the woods (that sounds bad, but I promise it wasn’t) and we walked for about 10minutes before deciding that even if this path did take us to a river it probably wouldn’t even be very cool… so we just turned around and went back. It wasn’t a very exciting experience.

Once we made it back to the main area we got some fruit covered in condensed milk YUMMMMM and then headed back down the cable cars.

We decided to stop at the Botanical Gardens before going back to our hostel. Turns out there was this GIANT book fair going on throughout that whole area. We walked around, but the gardens didn’t end up being all that exciting either way.

We ended our night at the hostel. Met some new people and picked up some random stir fry for dinner. We’re going to Guatape tomorrow, so we went to bed pretty early.