P-Hotels Oslo
Grensen 19, Oslo, 0159, Norway
*decent hotel in a great location, but definitely the bare minimum for a hotel!

Started off our trip to Oslo reading our boarding pass wrong. USUALLY, the boarding pass has the time boarding starts so we just assumed that was what the first time listed on our boarding pass was. It wasn’t until we were on our way to our gate that we realized that said “Gate Closes” so we proceeded to run to our gate and thankfully had no problem getting on the plane. Target heartrate was definitely reached though!

When we arrived in Oslo it was only about a 30minute train ride to the city. We decided to go to our hotel and then walk around and explore the city.

Random street on the way to the hotel

At the hotel we realized neither of us had a EU converter…. awk… so we set off to find an electronics store. Only problem is everything closed early since it was Good Friday. Thankfully, we were able to find one at a mini market at the train station.

We decided to eat in one of the plazas outside since the weather was nice. Got a classic Norweigan meal… a hamburger..  LOL

After dinner we walked around Oslo. It’s not a big city so we were actually able to see quite a lot!

Ceiling of the Oslo Cathedral 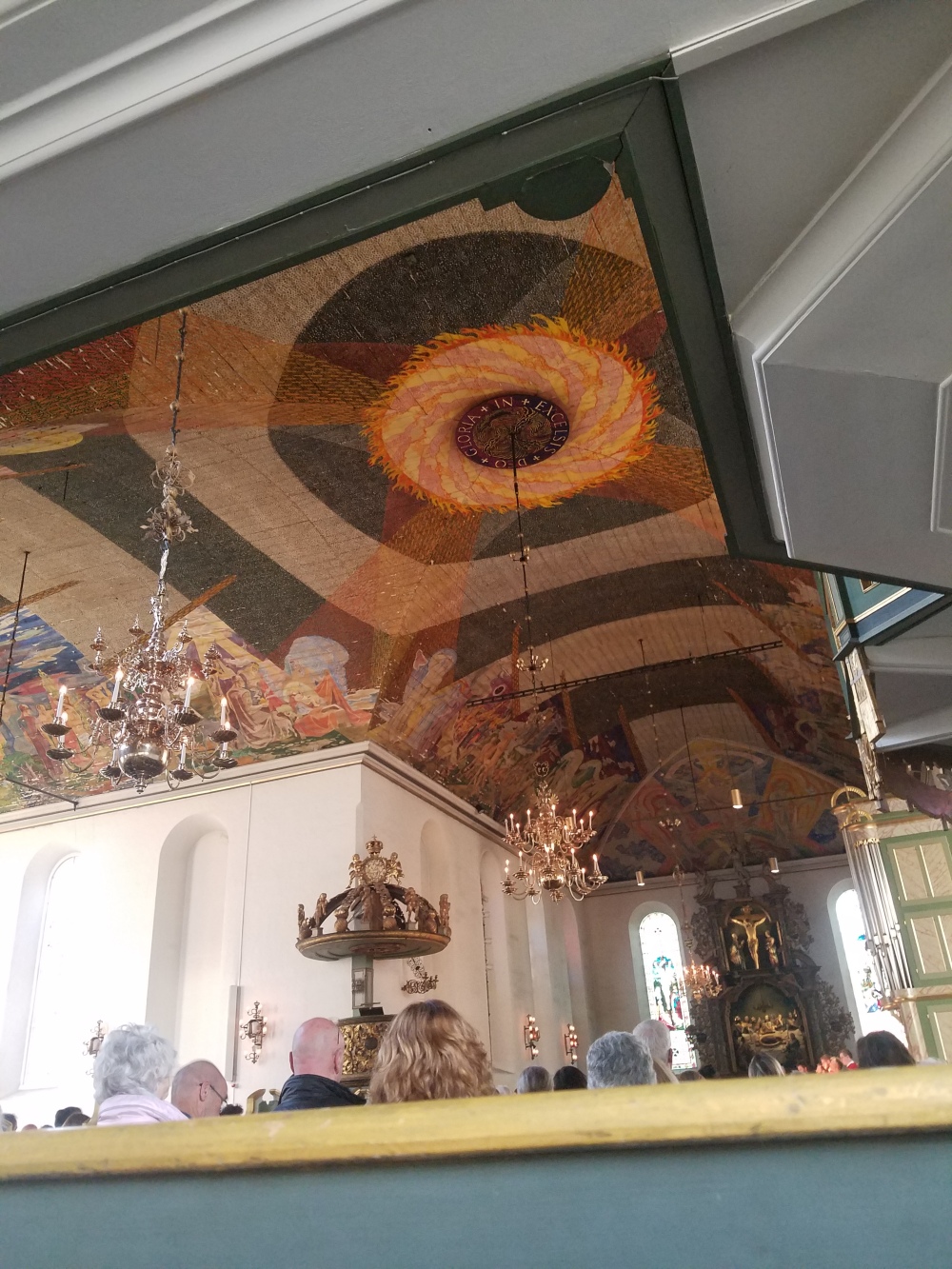 Started off our morning with a free walking tour around Oslo. I enjoy walking tours because you always learn a lot more than if you were to just walk around yourself. It ended up lasting about 2hrs but we got to see and learn some cool things! 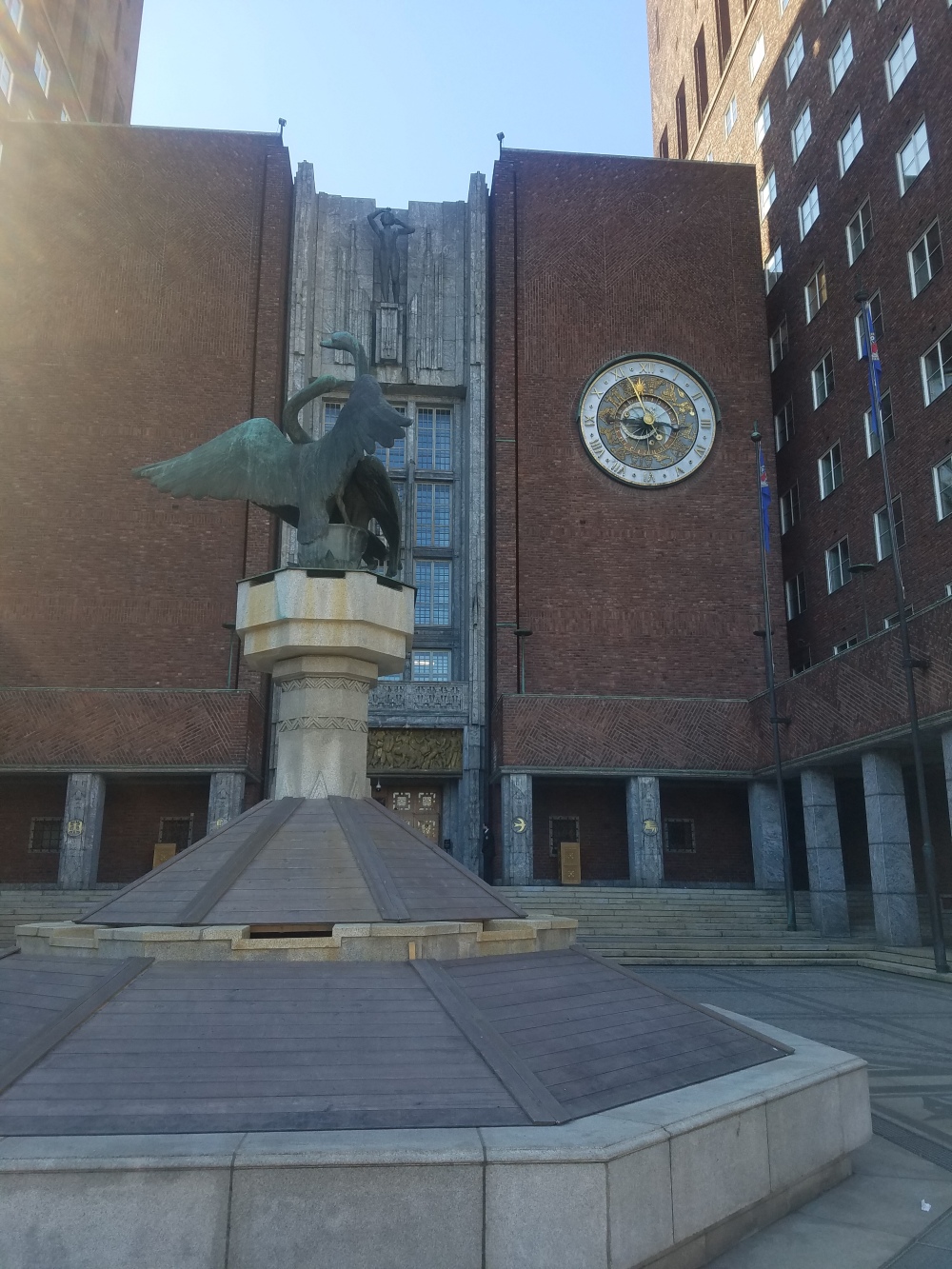 After our walking tour we headed over to the docks for a fjord cruise! It was an amazing day outside so sailing along the fjord was amazing! 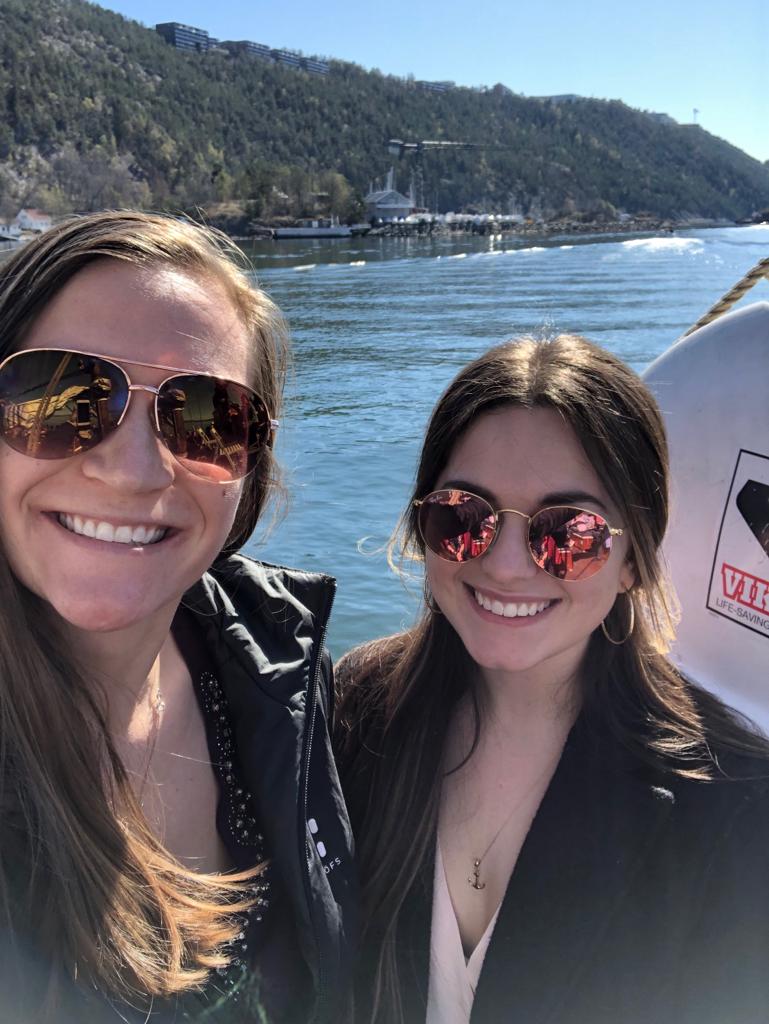 After the cruise we tried to find a grocery store to get some Norwegian foods but once we walked all the way to the store it had closed! We’ve found a lot of things closing early cause of the Easter holiday. At that point we realized we were by the cemetary Edvund Munch is buried (he painted the scream)

We ended up having dinner at the Cafe Cathedral (right next to the cathedral believe it or not). I had some fresh salmon, which was really good! 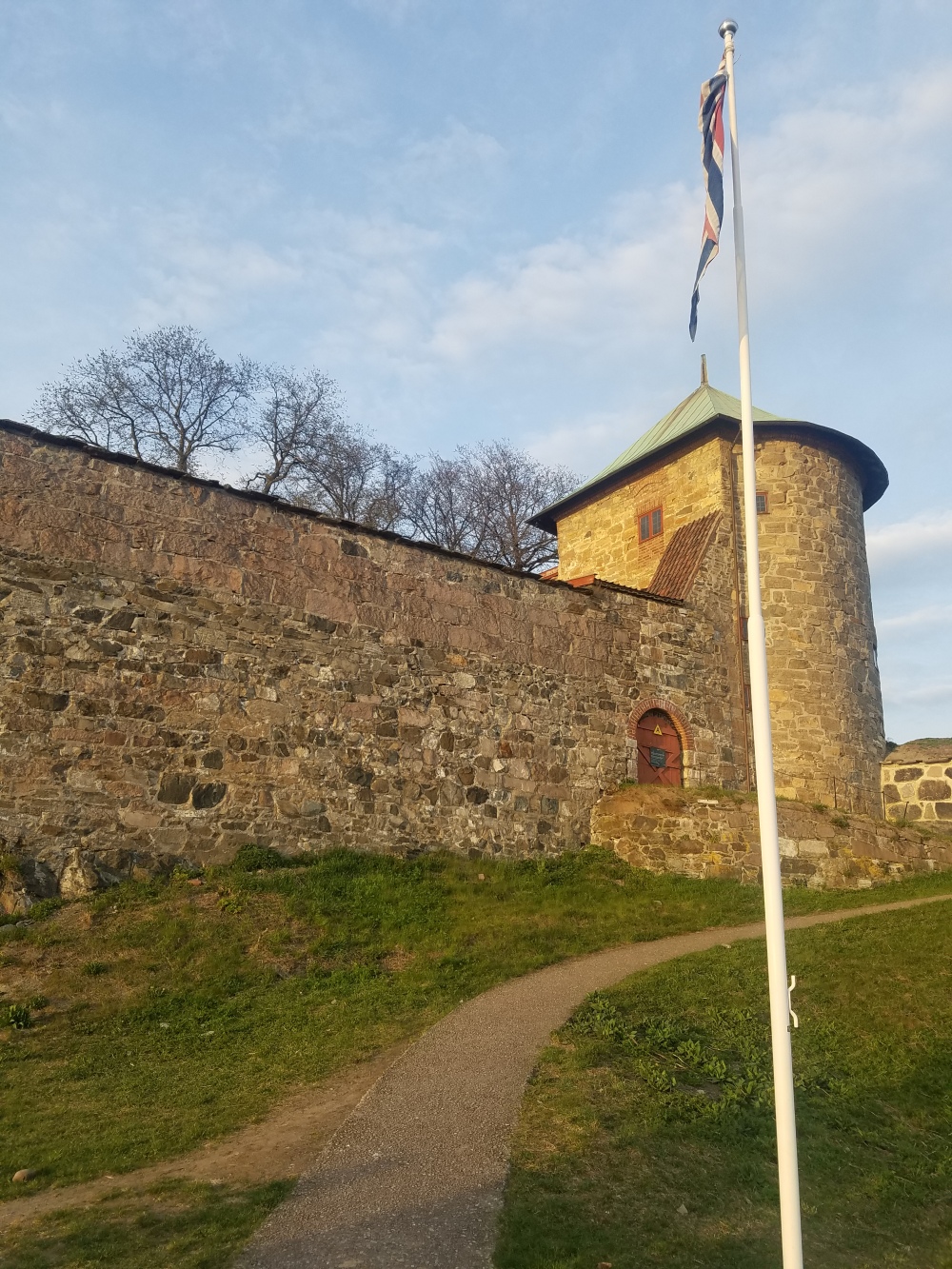 Happy Easter! We started off day 3 by going to mass at the Oslo Cathedral. The mass was obviously in Norwegian so it’s safe to say I understood basically nothing except “amen”. Also when communion happened everyone just stood up at the same time and it was just a cluster of people trying to merge into one line! Soooo unorganized.

For the afternoon we planned to go hiking! Took us a few minutes to figure out how to get bus tickets but soon we were on our way! The hike was only 7km round trip so it didn’t take very long, but we got to see some amazing views of Oslo! The mountain is called Kolsastoppen (don’t ask me how to say that). We got to walk through a bit of snow too which was fun lol but the day itself was amazing out! 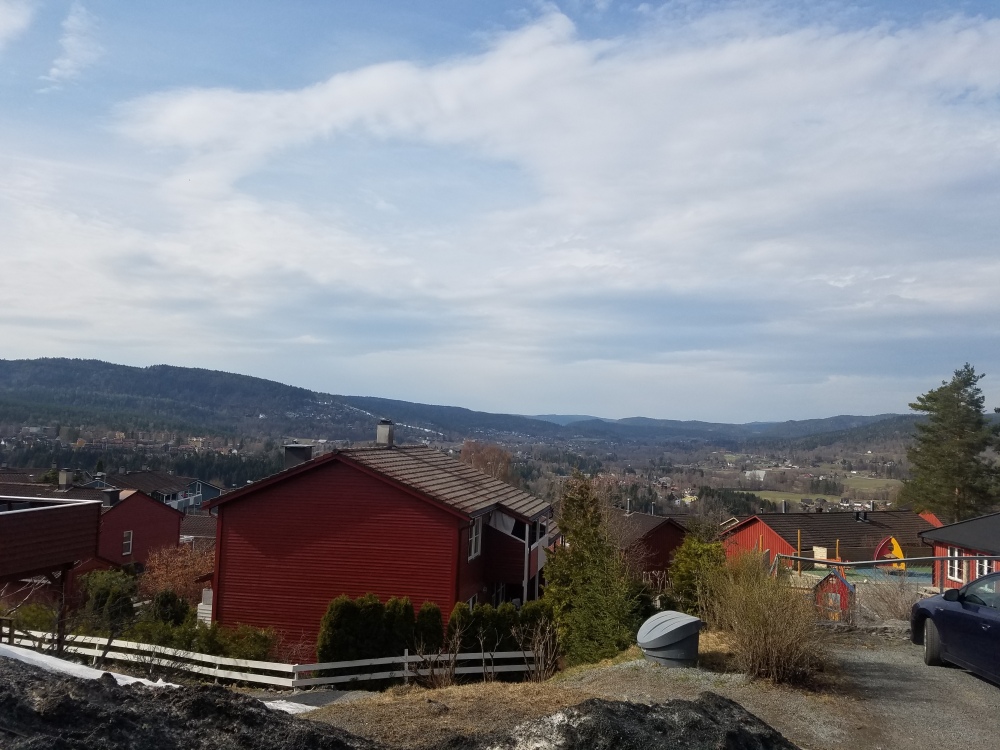 After hiking we relaxed a bit before heading to dinner. I ended up getting a skewer of whale, deer, beef, and reindeer! Basically they all tasted like different types of steak with the whale being the most tough and the reindeer being the easiest to cut/chew. Probably won’t eat whale again but it was interesting to try it. 10/10 for reindeer though! 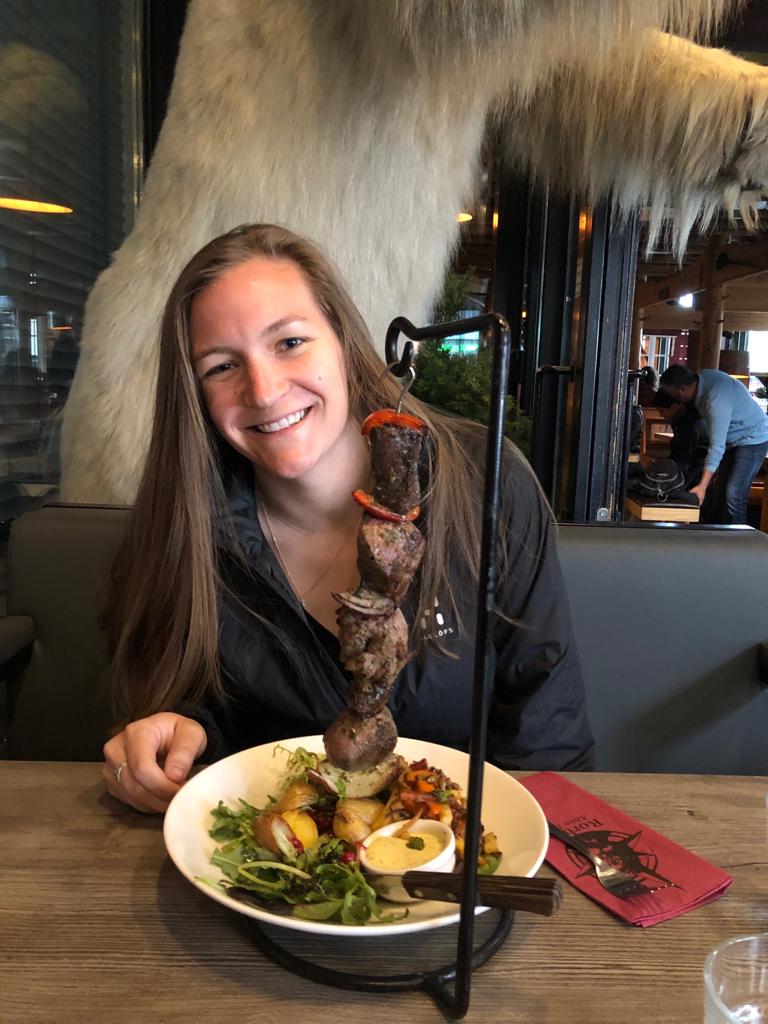 We got some ice cream after dinner and sat on the pier enjoying the weather.

We finished our night by watching the finale of love island season 1! We started watching the season a few weeks ago on Netflix cause it seemed like the bachelor. Ended up being MUCH more trashy, but still great tv…  and apparently actually hugely popular show to watch in the UK!

Pretty chill final day. Headed over to the area with all the museums and started with the Viking Ship museum. The museum had 3 recovered viking ships that were used as burials for important people back in the day. They would dig a giant hole to put the viking ship in and buried the person along with a bunch of other things for them to take to the afterlife. One person was buried with 12 horses, 8 dogs, and 2 peacocks!! Seems unnecessary, but hopefully they’re living large in the afterlife. The museum wasnt huge but was definitely super interesting and I learned a lot of random facts about Vikings and how they buried their people! 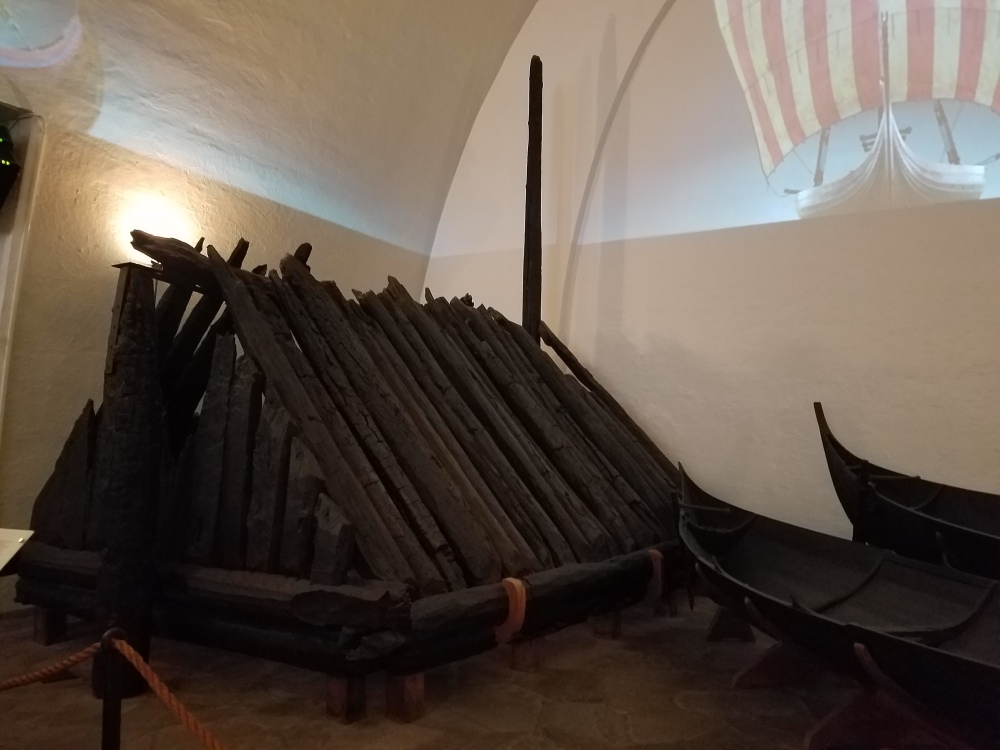 From the Viking museum we walked over to the Kon Tiki Museum. This guy named Thor from Norway decided he wanted to see if people back in the day couldve sailed from like South America to the polynesian islands with the types of boats they had back then. So he did it. Multiple times. Kon Tiki was the name of the first boat- here is a pic to give you a fun idea of what he lived on for 100 days in the ocean.

Two museums was about as much reading as we could handle for one day so we headed over to Vigeland Park. Which is a giant park…. with a bunch of statues…. that are naked… so yeah. It was a really nice day though so we sat on the grass for a while and just relaxed in the sun. 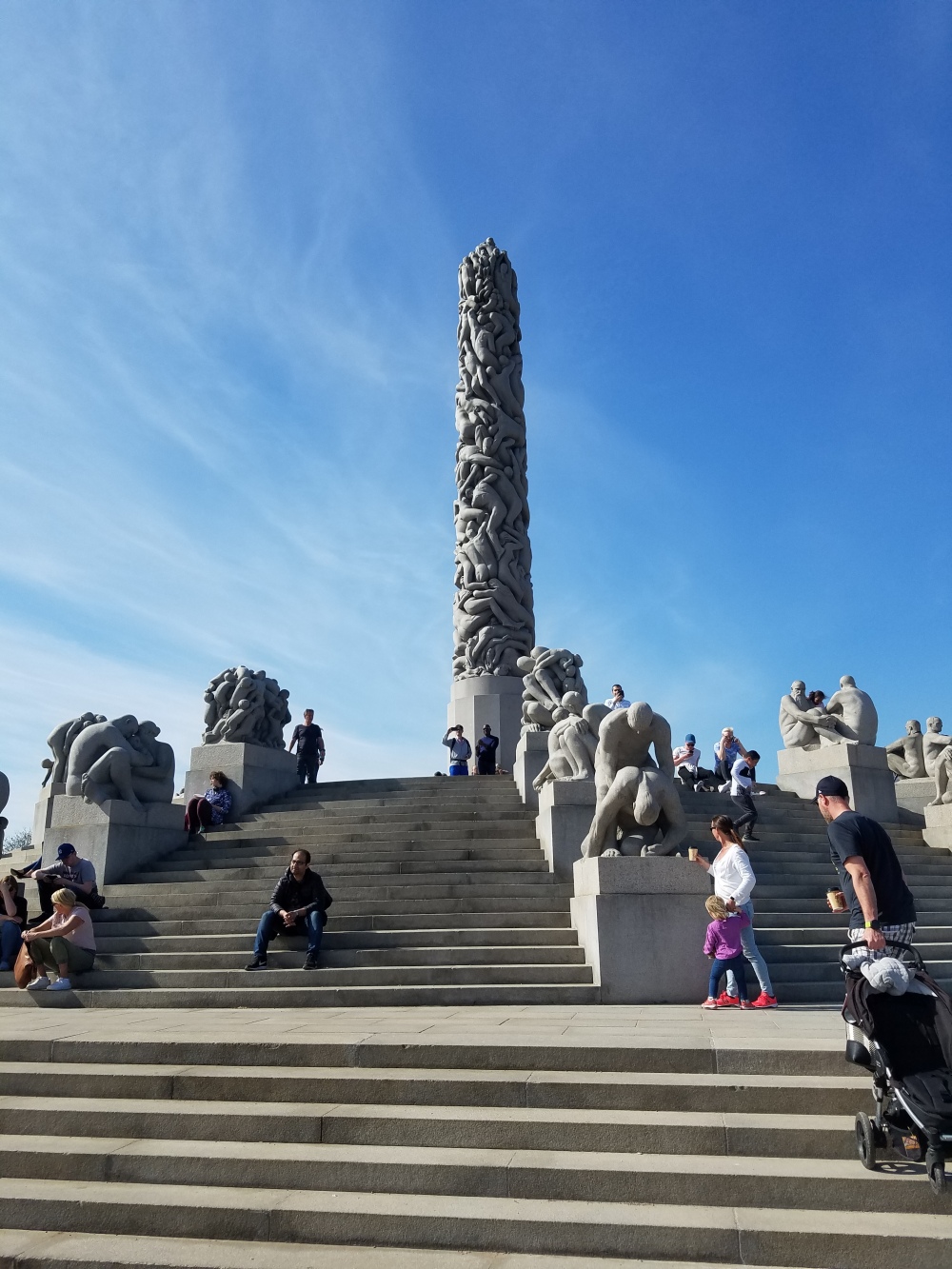 We had some dinner and ice cream back in Oslo city center before hopping on the train to the airport… only to realize about 30minutes in we were on the wrong train! We had to get off and take a bus, but we had only bought a train ticket so we decided we would try to use our bus ticket from earlier in the day and hope the bus person would take pity on us when it didnt work. And they did! Thank goodness! Had a fun 4 days in Oslo and so happy we had good weather.