The Cornwall area is known for it’s many coastal walks. The coast is gorgeous with lots of little coves to explore. We decided to do the coastal walk from Sennen Cove to Minack Theater (around 7 miles), then get a cab back to Sennen Cove (where our car was parked).

While it was a bit cold and windy, the sun was actually out for most of the walk so can’t complain!

The start was at Sennen Cove- a TON of people were surfing (you can kinda see the black dots in the water)- Cornwall is the best surfing area in England! 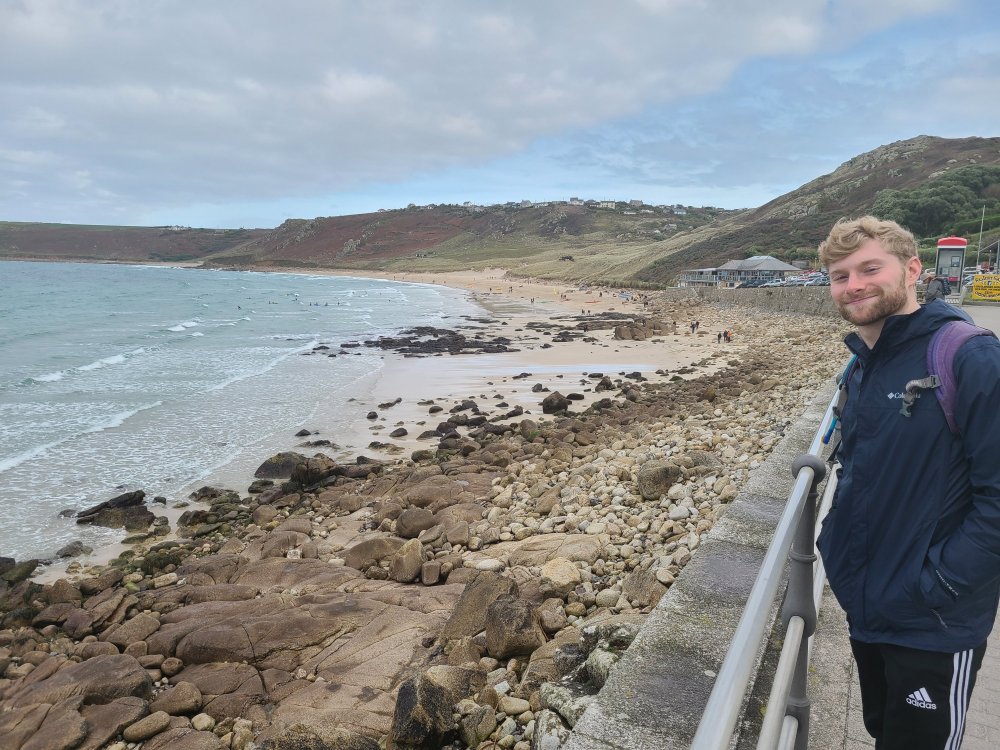 Land’s End was only about a mile from Sennen, but is a famous little tourist stop.

We got creme tea because Cornwall is known for their Cornish cream!

There is an “arch” behind us that’s considered a landmark 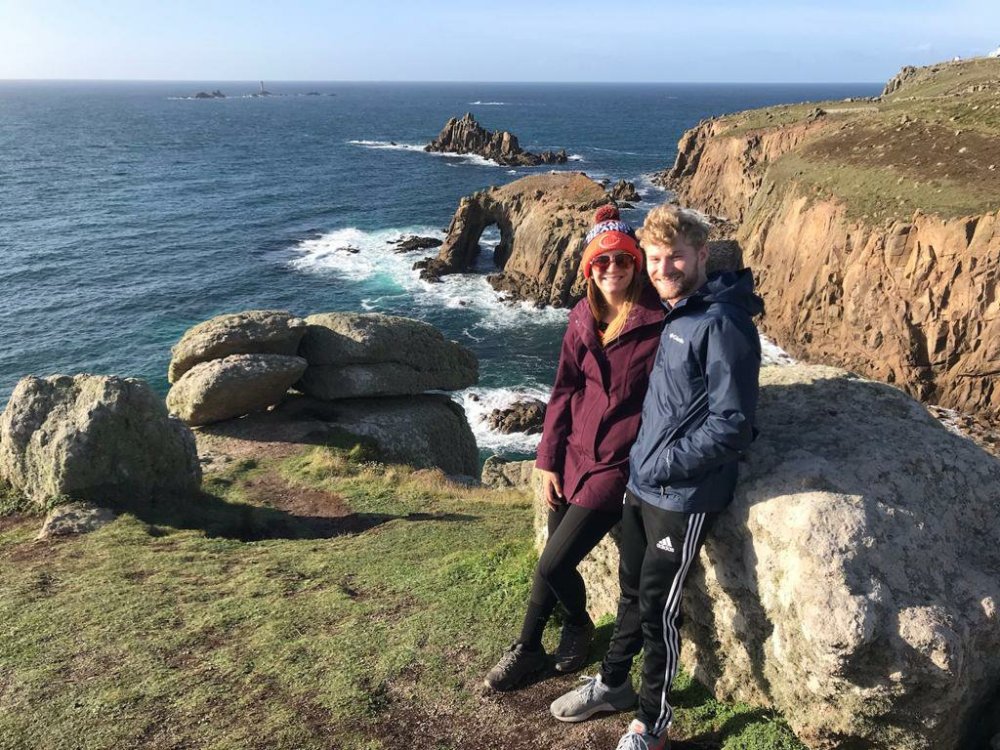 One of many pretty coves 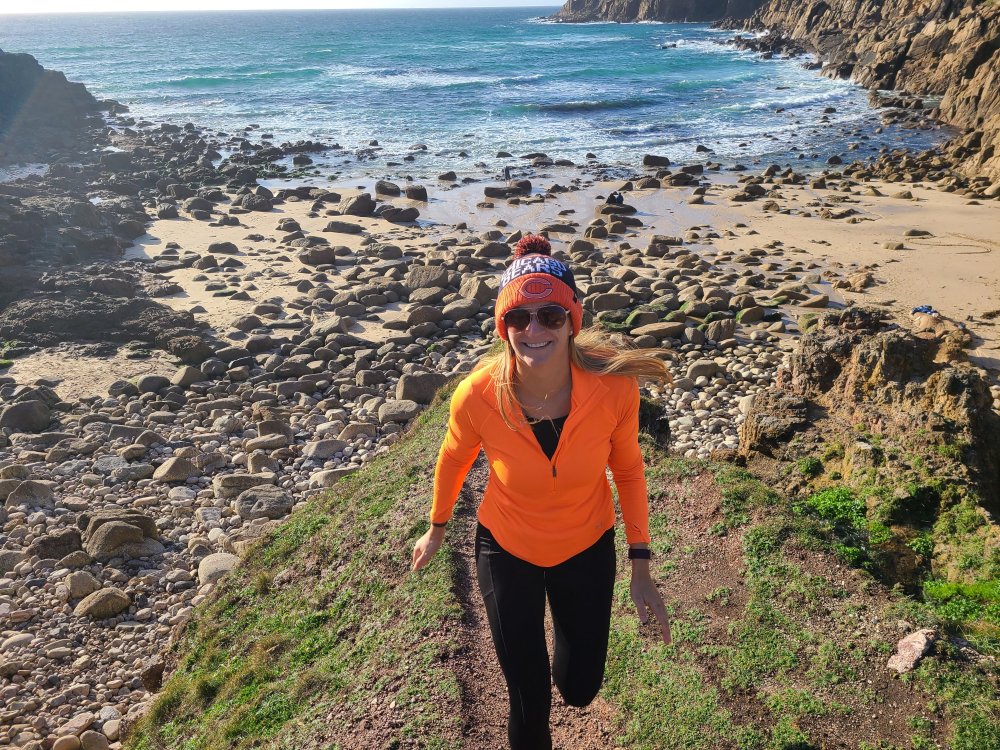 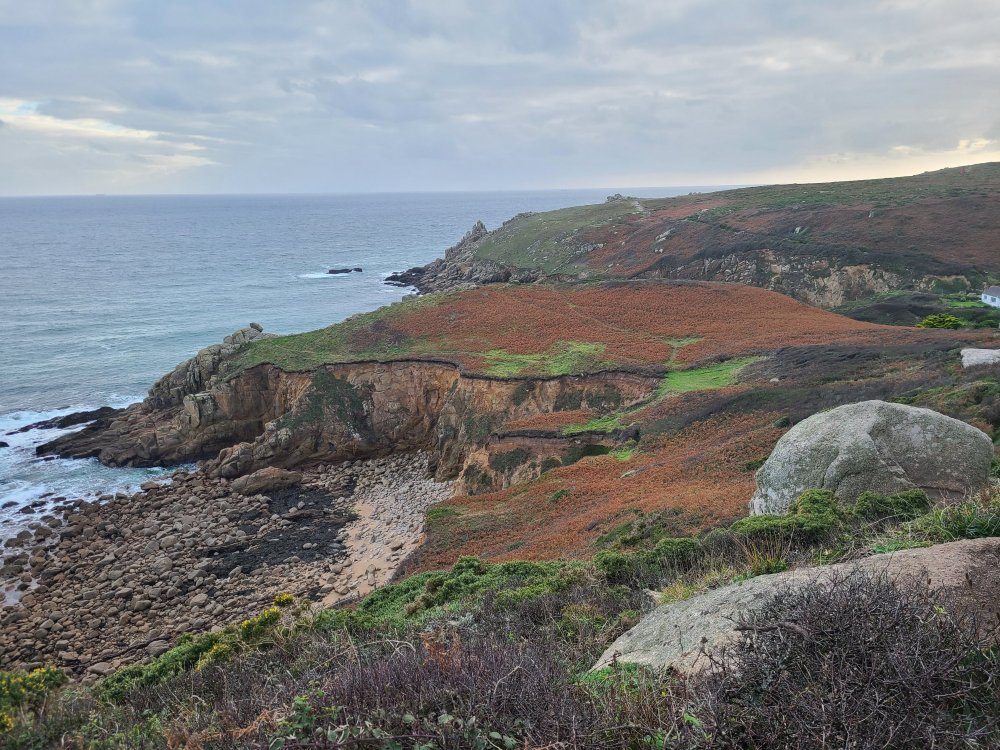 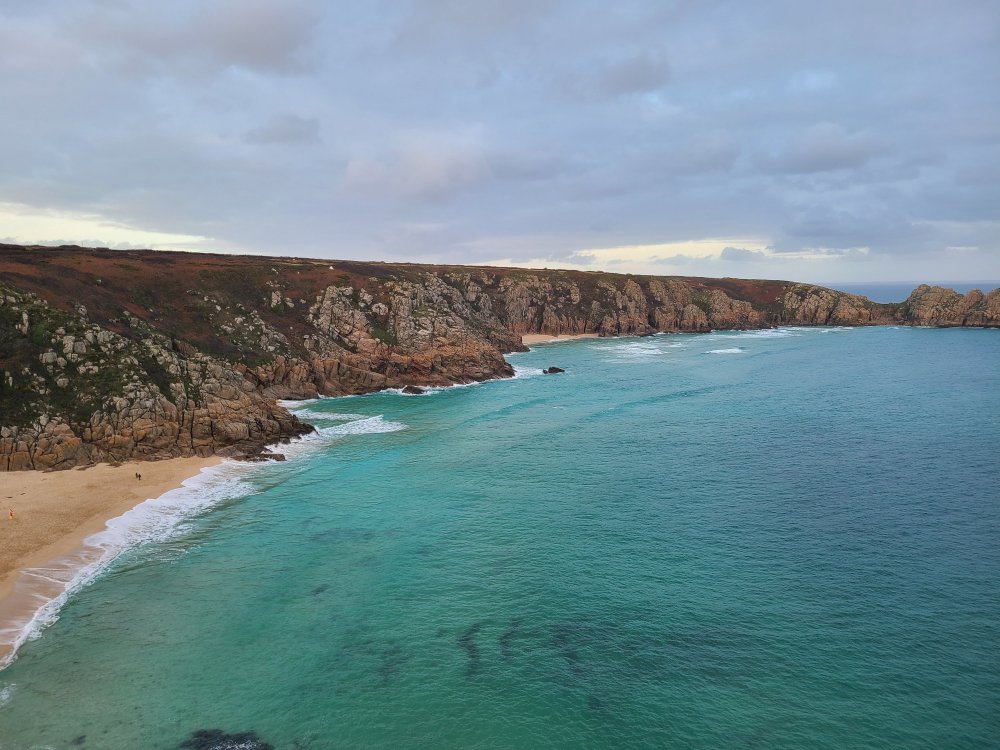 We asked a nice lady if it was possible to see Minack theater- an outdoor theater built into the rocks on the coast, but there was a show that night so she said it was closed but there were still tickets if we wanted to buy. It wasn’t really in the plan, but we decided to get some tickets since it was pretty cheap (10 pounds/person). We got a cab before the show back to our car then drove the car back to Minack theater so we could leave right after the show. I was a little worried about being cold since we didn’t plan for this- and I definitely got cold! A blanket would’ve been very nice!

The theater itself was very cool though. The play was called “Loveplay” it was kinda odd- basically just different scenes of love throughout the years in the same location- started off before roman times, turned into ruins, turned into a Victorian mansion, turned into an apartment building, ended with some social distancing dating app. The same 4 actors played in the different scenes which was pretty impressive! 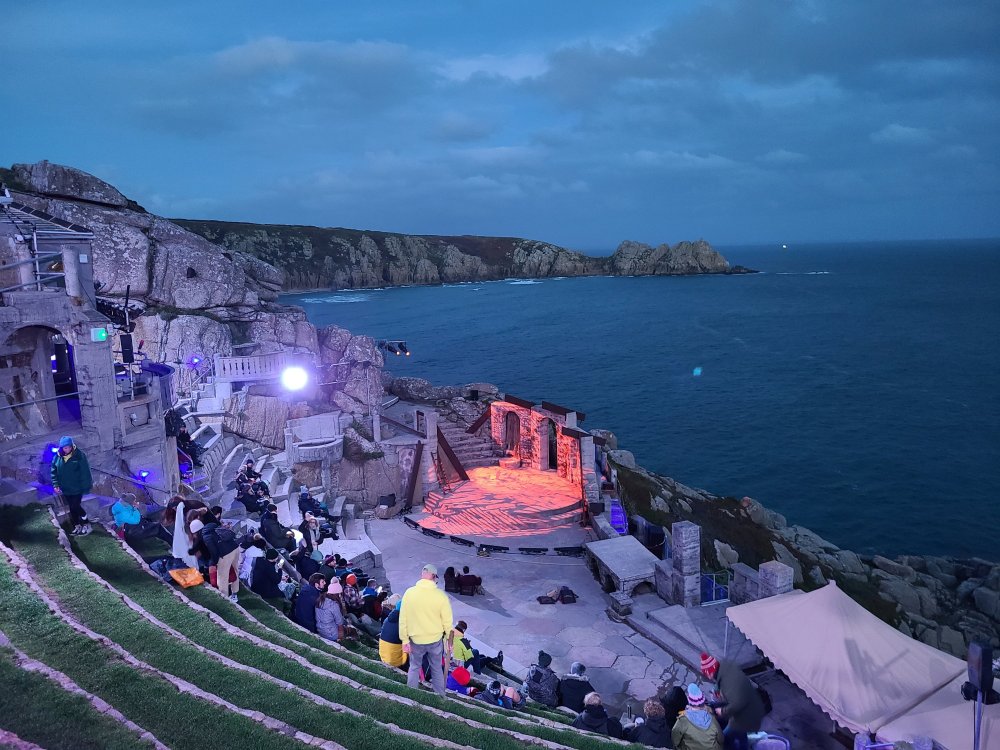 We got the cheaper seats, which were on the ground but they gave you little seats with backrests. Plus front row!

Had to drive some spooky windy roads home, but fun day!